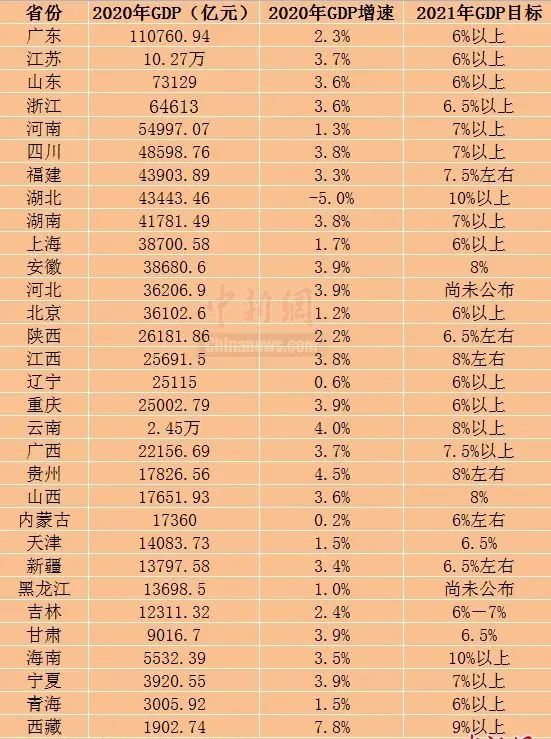 With the backing of economic growth against the trend in 2020, the GDP growth target of these three provinces in 2021 is still relatively high

In terms of total GDP, Guangdong, Jiangsu and Shandong are among the top three

In 2020, the top three provinces of GDP growth are Tibet, Guizhou and Yunnan

Among them, the GDP of “Guangdong boss” exceeded 11 trillion yuan for the first time in 2020, with a year-on-year growth of 2.3%

There will be a rebound this year, and the expected target of 10% is reasonable

After withstanding the huge impact of the 76 day “suspension”, Hubei’s GDP in the first quarter, the first half of the year and the first three quarters of 2020 decreased by 39.2%, 19.3% and 10.4% respectively, and the annual decline narrowed to 5.0%

Among them, Tibet leads the country with a growth rate of 7.8%

Xu Hong, deputy director of the economic policy committee of the China Policy Science Research Association, said that last year Hubei was the hardest hit by the epidemic, and its GDP base was relatively low

As of February 2, except for Hebei and Heilongjiang, the other 29 provinces have specified the expected economic growth targets in 2021 in the government work report

Among the 29 provinces, Hubei and Hainan set the highest GDP growth target of more than 10%, reaching double digits

Why do many seniors and sisters who are studying architecture or those who have worked advise graduates not to choose architecture? Take a look at a group of atlas to 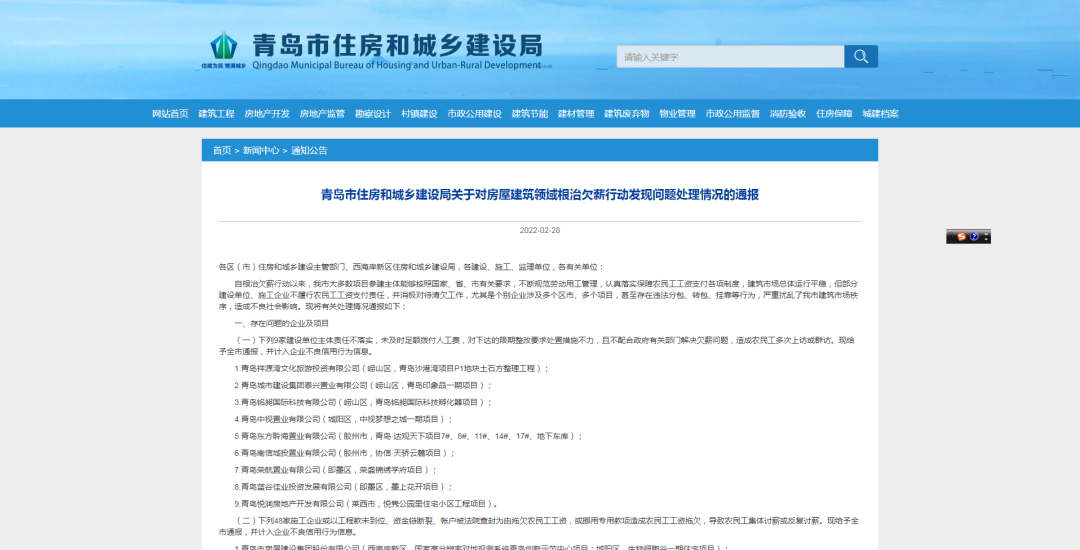