In front of the gate, Li Fujing, one of the three main rivers of Xujiahui, flows through.

The story of the old school gate will continue.

After crossing the bridge, you can see the school gate at that time – the wooden plaque square with four columns and three doors.

It is also the gate of this school that welcomes the visits and lectures of a group of professors, experts, social sages, entrepreneurs, overseas Chinese and foreign friends.

Standing anywhere around the lawn, you can project your vision onto the historical buildings.

Today, walking around the Centennial Jiaotong University campus, the overall space still maintains many elements of the original planning.

The whole school gate gives people a sense of dignity and solemnity.

In an age when telephones were not yet popular and people had to shout through the horn of the alley, it was possible to make a straight-line call and take a hot bath.

Nanyang public school was born in 1896.

Library architecture itself, the predecessor of Shanghai Jiaotong University, is Nanyang public school founded by Sheng Xuanhuai, a famous industrialist and educator in 1896.

In Xujiahui, there is such a century old university.

When it was founded, the gate of the school was selected at the southeast corner of the campus.

Today, we can also find Marconi copper pillars engraved with the seal character “antenna copper pillar” on the base of the campus.

Flower beds are symmetrically set in front of the school and planted with five needle pines.

The buildings built next time have never adhered to a unified constraint.

The light and shadow of classical buildings and plants are staggered, giving people a rich visual experience.

It is also the living room of the school council.

The school has reset two symbolic white marble bridge lamp posts, which can vaguely trace the architectural traces of decades.

More than 61000 pieces of Qian Xuesen’s precious documents, manuscripts, photos and objects are collected in this scientist memorial hall, and a 3000 square meter “people’s scientist Qian Xuesen” theme exhibition is arranged and displayed..

From the original Renaissance style middle court and old upper house, to the baroque style old library, to the decorative art style engineering Museum, the eclectic classical gymnasium, the general office, the national inherent style of the gate, the international style of the auditorium, and the Soviet Socialist style of the new upper house…

The architecture of Jiaotong University has always followed the architectural trend of the times, It not only represents the popular trend of architecture in different periods, but also contains a certain oriental charm, such as the wooden corridor of the new middle court, the traditional Chinese official gate, the national style mountain flower of the new upper court, etc.

As the administrative center of the school, Ronghong hall has been the office of successive school leaders since it was completed and put into use.

Many scientists at home and abroad have visited it, including Marconi, the father of Nobel Prize winning radio, and Niels Bohr, a physicist.

It was the most fully equipped and advanced dormitory at that time.

They last for a hundred years and finally become a particularly bright scenery.

The name of the school “Nanyang public school” is written on the lintel of the Ming Dynasty.

On the 125th anniversary of the founding of the University on December 15, 2020, the transformation of the campus wall of Jiaotong University was started, and the gate of Huashan Road and the surrounding environmental landscape were improved.

Since the end of the 19th century, the campus has been “growing”.

On the floor outside the school gate, granite replaced mud brick and concrete.

It is also this school gate.

It was this gate that covered the patriotic revolutionary teachers and students of Jiaotong University and confronted the reactionary armored vehicles and armed police who wanted to catch people outside; It was this school gate that was once invaded by the iron hooves of the Japanese army, and the campus once became the occupied area of the invading army; It was this gate that first welcomed the Chinese people’s Liberation Army that liberated Shanghai and made Jiaotong University one of the temporary command posts for the PLA to command the battle of liberating Shanghai.

In 1998, Huashan Road was widened, and the campus bridge, which forms part of the gate (although the river has long dried up and only railings and bridge head lights remain), had to give up.

The main road of the campus is spread along the square courtyard, and dense trees are planted on both sides to form a boulevard.

The gate of Huashan Road and the walls on both sides were built in 1935.

The old school gate of Huashan Road has a history of more than 100 years.

It is not only a national security building, but also a symbol of Jiaotong University.

It has never been relocated for more than 100 years, which is also unique in the development history of modern Chinese universities.

The stretching posture is like welcoming pines, welcoming students and visitors from all over the world, highlighting the solemn temperament, delicacy and elegance of a century old university.

There was a wooden bridge on the river, called the school gate bridge (no longer exists).

Qian Xuesen, the respected “father of China’s aerospace” and a 1934 alumnus of Jiaotong University, lived in room 163 from September 1932 to July 1934.

The transformation scheme fully respects the original appearance, scale and details of the school gate, and optimizes the function and streamline of the site.

The project also meticulously creates the north and south gardens inside the school gate, combs the Garden Road, opens up the viewing gallery, configures plants and adds facilities to form the landscape and memory space of two open and shared campus entrance areas.

It is antique and beautiful.

For hundreds of years, the old buildings of Jiaotong University are still standing tall.

This is Shanghai Jiaotong University.

They not only reflect the spiritual outlook of the campus knowledge elite and the school running concept of saving talents and rejuvenating the country of Jiaotong University, but also inspire the subsequent teachers and students to continue the dream and pursuit of “thinking of the source after drinking water, loving the country and honoring the school”. 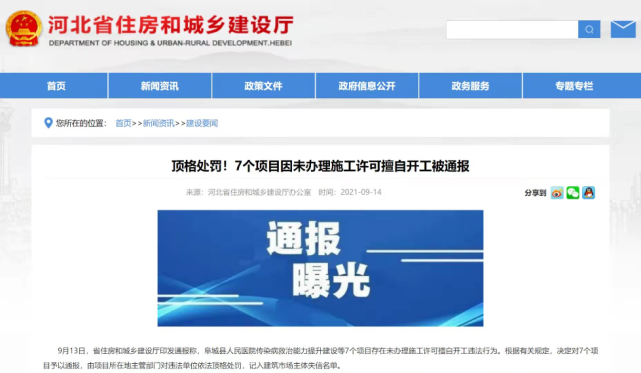 Flat Rubber Recess Former On the afternoon of November 2, the construction of signs and navigation aids in the green shipping demonstration area of Subei canal was successfully completed and