Let’s enjoy ↓ the audio building clock in exhibition hall of the radio play the night before yesterday.

At that time, Shanghai was still under the control of the enemy, and the Shanghai Bureau of the CPC Central Committee worked here, which can be described as “walking on the tip of a knife”.

The repair is expected to be completed by the end of November.

The national screenwriter and professional radio drama production team are invited to complete it together, trying to vividly restore the party’s arduous struggle on the hidden front on the eve of Shanghai’s liberation.

Through the publicity of the historical and cultural heritage of the community, we can have a deeper understanding of the history of this shady Yuyuan Road, the old buildings around us and the stories behind it..

After the meeting, they were responsible for sending out the “guests”.

During the meeting, mahjong or playing cards are placed on the table as a cover.

When they saw the original “Mr.” and “Mrs.” wearing the PLA uniform…

For the maintenance of black flat tile roof, the local leakage parts shall be turned over and tiles shall be sorted out.

In order to provide citizens and tourists with a better platform to review the revolutionary history and feel the red spirit, on August 9 this year, the former site of the Shanghai Bureau of the CPC Central Committee was suspended from opening to the outside world and the overall repair project was started again.

All wooden floors seriously corroded by ants were removed and replaced, and the floor wooden joists were repaired and replaced with poplar pine with the same section specification.

The termite control institute is specially invited to carry out ant prevention and ant killing treatment on wood components, and brush fire-proof materials.

There is convex lattice decoration between the second floor, and the top of the third floor is a balcony with square windows; Two slope tops, stepped gables and red tile roofs; The exterior wall is painted with cement, and the south facade is decorated with light blue tiles.

At that time, according to the instructions of the Central Committee, the Shanghai Bureau adopted organizational principles and working methods such as less plenary meetings, more policy guidance, division of responsibilities among members, parallel organization, single line leadership, and no transfer of Party members to land, strictly implemented the policy of concealment and competence, opened up the “Second World War line”, and effectively cooperated with the victory of the frontal battlefield of the war of liberation.

The story is based on the real events that took place in the former site of the Shanghai Bureau of the CPC Central Committee.

The leading members were Liu Xiao, Liu Changsheng, Qian Ying and Liu Shaowen; Zhang Zhiyi and Fang Xing, members of the Shanghai Underground Communist Party of the Communist Party of China, came forward and rented the house as the office of the organ.

The building is located at the bottom of the lane of Yongle estate, with quiet and hidden surroundings.

It is also the place for the Shanghai Bureau to hold meetings and research work.

Yuyuan Road historical celebrity wall was established in 2015 to introduce the celebrities behind the old buildings in the community.

In May 1947, the Shanghai Bureau of the CPC Central Committee was established here.

What kind of building is this? What kind of story happened? Today, we read ↓ the secluded and hidden western style building.

Interestingly, due to the strict confidentiality work, even the employees who had been close to each other for many years knew nothing about their true identity until liberation.

In order to do a good job, the party organized and arranged the guest hall on the ground floor for the daily activities of the elderly and children of Zhang Zhiyi and Fang Xing.

In 2018, 44 biographies of celebrities were added to the celebrity wall.

The former site of the Shanghai Bureau of the CPC Central Committee is located at No.

The service life of the celebrity wall was extended by using durable materials, and the glass made the space more permeable.

The plot is fascinating and rich in thoughts and feelings.

It focuses on the deeds of the prototype characters of the Shanghai Bureau of the CPC Central Committee.

During the meeting or work negotiation, Fang Xing and Wang Xinnan are responsible for guarding and sending the “guests” out of the house when the meeting is over.

Her predecessor was the Shanghai Branch of the CPC Central Committee established in January 1947.

Building repair comparison before and after building repair in 2016, the former site of the Shanghai Bureau of the CPC Central Committee was repaired and opened to the public.

The indoor theme exhibition hall allows visitors to understand the development history of the Shanghai Bureau of the CPC Central Committee and remember those passionate years by displaying a large number of precious pictures, words and historical materials.

The building opened up the “Second World War line” of the people’s revolution.

There is a small building on Jiangsu Road, Changning District.

The repair mainly repaired and transformed the roof, exterior wall, ground, wooden stairs and equipment of the building.

The bedroom and reception hall of Fang Xing and Wang Xinnan were mainly used for some important meetings and activities of the Shanghai Bureau of the CPC Central Committee at that time.

Due to the damage of the facade and interior of the building, in order to improve the use value of the building, improve the building environment and maintain its structural safety, a comprehensive protective repair was carried out during the construction, and the historical original appearance of the house was restored as far as possible on the premise of meeting the new use requirements.

21 completed its historical mission; June 1992   The former site of the Shanghai Bureau of the CPC Central Committee (Yongle Village) is listed as a cultural relics protection unit in Shanghai by the Shanghai Municipal People’s government; On July 1, 2016, it was officially opened to the outside world after repair; On March 11, 2021, it was listed in the list of the first batch of revolutionary cultural relics in Shanghai.

Qian Xuesen’s former residence tells about the imprint of Qian Xuesen, China’s “father of aerospace”, when he lived here and the development process of China’s aerospace industry.

It faces south and has a false four storey brick and wood structure; There is an independent courtyard in the south. 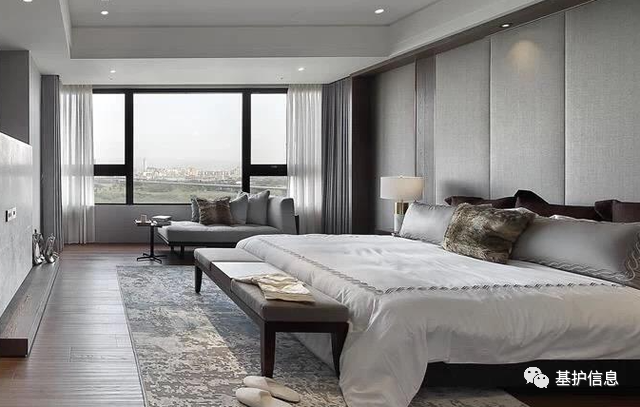 From the outside, many changes have taken place at the facade level. Therefore, in the standardized production of variable system industrialized products, the number of product colors affecting the appearance