Recently, the Shanghai Municipal People’s government issued a notice on the implementation of the city’s 14th five year plan to accelerate the planning and construction of new towns

We should optimize the energy structure of the new town, build a green low-carbon energy system, strengthen the integrated application of renewable energy buildings, promote the promotion and application of green building materials, and help the city take the lead in achieving carbon peak

At the same time, we should deepen the development of green buildings and promote low-carbon emission reduction

In addition, we should optimize the energy supply structure, support Shanghai to take the lead in reaching the peak of carbon and build a low-carbon clean energy system

The new town is an important strategic space for Shanghai to promote the cluster development of cities and form a multi center, multi-level and multi node network urban agglomeration structure

The “master plan of Shanghai (2017-2035)” approved by the State Council (hereinafter referred to as the “master plan of Shanghai 2035”) specifies that the five new towns, Jiading, Qingpu, Songjiang, Fengxian and Nanhui, which are located on the corridors of important areas and have a good development foundation, will be cultivated into comprehensive node cities with radiation driving effect in the changsanjiao urban agglomeration

We must take the high-level planning and construction of the new town as a strategic proposition, seize the key window period of the “fourteenth five year plan”, and promote the development of the new town with the strength of the whole city

We should implement the new development concept of innovation, coordination, green, open and sharing, fully implement the requirements of building a “double cycle” new development pattern, persist in starting from the overall progress of society and the all-round development of people, take the “Shanghai 2035 master plan” as the guide, focus on Planning the overall strategic layout of megacities and the new pattern of urban and rural space, and make overall planning according to the independent comprehensive node city positioning The economic needs, living needs, ecological needs and security needs of the new town development make the new town a future city leading high-quality life, an important growth pole of the city’s economic development, an innovative practice area for promoting people’s urban construction, a demonstration area for urban digital transformation, and a strategic support point for Shanghai to serve the Yangtze River Delta

In accordance with the requirements of industry city integration, complete functions, balanced employment and housing, ecological livability, convenient transportation and efficient governance, the new town will be built into an independent comprehensive node city with “the most modern”, “the most ecological”, “the most convenient”, “the most dynamic” and “the most characteristic”

Under the guidance of the idea of ecological civilization and the concept of overall national security, we should promote the planning, construction and management of new towns, learn from the advanced concepts and experience of modern urban development, and build livable, resilient and intelligent cities for the future, so as to make the new towns healthier, safer and more suitable for people

In response to the people’s yearning and demand for a good living environment, we should focus on the improvement of the quality of human settlements, make innovative breakthroughs in the coverage of public service facilities, the improvement of transportation and municipal infrastructure, the inheritance of history and culture, the governance of ecological environment, and the construction of urban characteristic space, solve the prominent problems that restrict development and strongly reflect by the masses, and give priority to the promotion of high visibility and obvious sense of acquisition Major livelihood projects

Innovate the governance mode, and improve the scientific, refined and intelligent management level of the new town

Adhere to the concept of innovation, strengthen the system

We should make overall plans for the relationship between overall and local, current and long-term, development and security, form and function, strategic breakthrough and overall promotion, adhere to the priority of ecological environment, infrastructure and major social projects, attach equal importance to new town construction and urban management, and keep new town development synchronized with rural revitalization

（3） By 2035, each of the five new towns will have a permanent population of about 1 million, and a comprehensive node city will be built in the growth triangle

The specific performance is as follows: first, the energy level of urban industry has been greatly improved

Advanced manufacturing industry and modern service industry are arranged from a high starting point, various innovative elements are gathered in a high concentration, and a batch of 100 billion level industrial clusters are added

The new town has become the growth pole of Shanghai’s high-quality industrial development, the important bearing area of “five oriented economy” and the demonstration benchmark of industry city integration development

Second, the quality of public services has improved significantly

It has a number of high-level facilities and high-quality resources, such as education, medical care, culture and sports, which serve the new city, radiate areas and have obvious characteristics

It has formed a diversified housing supply system with strong guarantee, basically realized the high-quality and balanced layout of inclusive public services, and made the function of 15 minute community life circle more complete

Third, the position of transportation hub has been initially established

The basic framework of comprehensive transportation system supporting the “30, 45, 60” travel goal is formed, that is, 30 minutes to achieve internal commuting and contact with surrounding central towns, 45 minutes to reach the cities near Shanghai, central city and adjacent new towns, and 60 minutes to connect with international hubs

Fourth, the quality of human settlements has been continuously optimized.

All the audio and video (PPT) materials of this course can be found according to the following figure: 6 fiscal and tax issues explained in this course: 1 . If 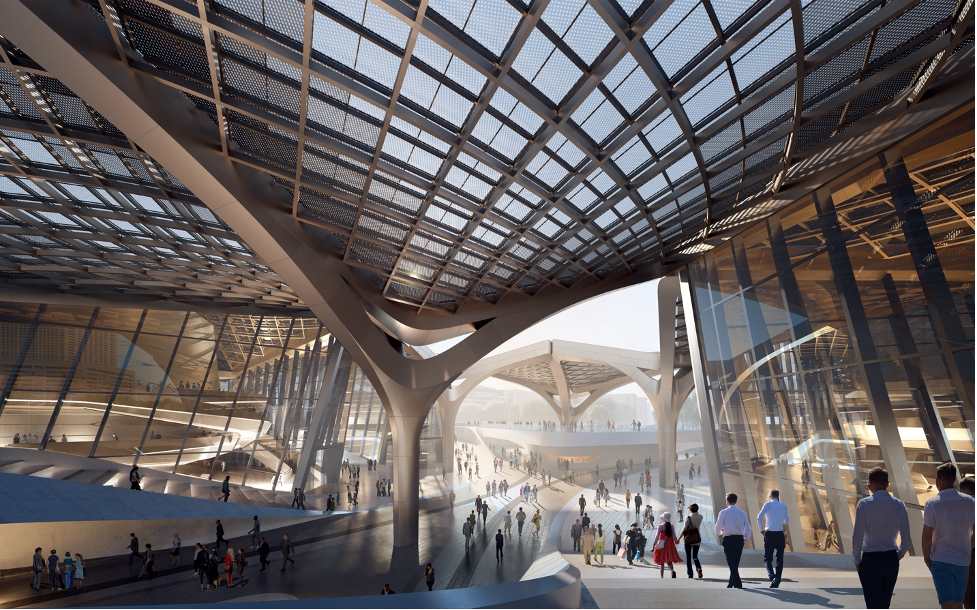 It is also the cultural, civic and commercial center of the area, adjacent to the “Zhuhai Airport urban rail” under construction . Zhuhai Jinwan citizen Art Center project is located