[memory] architecture can be read: have you ever been to this 800 year old ancient town named building?

Do you like visiting ancient towns? If you like, you can’t miss the Zhaojia building in Minhang District

Each brick and tile here has a historical heritage

As an ancient town with a history of more than 800 years, it retains many historical buildings with the charm of the Ming and Qing Dynasties, such as horse riding wall and lotus wall

Small bridges, flowing water, white walls and black tiles shuttle through the streets and alleys here, and history seems to be displayed in front of it

Today, let’s take a stroll in this ancient town

It spans the yuan, Ming and Qing Dynasties and gradually becomes a prosperous market town

It originated from the early Yuan Dynasty and spans the yuan, Ming and Qing Dynasties

The current Zhaojia building was still a coastal place in the Northern Song Dynasty, only about 30 miles away from the Haitang

The seawall reaches Wusong River in the north, Pukou in the South and Jinshanwei in the south

At that time, Pudong was still in the primitive ecology of “two or three miles at a glance, four or five smoke villages”, blue sky, white cranes flying, wild pond and spring grass fertilizer

During the Southern Song Dynasty, some people in the Central Plains moved to the area of zhaojialou

Here, a large area of land to be reclaimed has opened the prelude to reclamation driven by a large number of labor force

In order to facilitate the convening and management of wasteland reclamation people, people built a small platform building at the North street corner of today’s zhaojialou Town, which is named because “the small building is specially used for convening Jiageng farmers”

In the Ming Dynasty, the scope of reclamation increased and the number of employed tillers increased

Everyone settled around the zhaojialou area according to local conditions

At the same time, the ensuing merchants and other people also built houses in Jiahe

With the change of years and the evolution of villages and cities, Zhaojia building has accumulated more than 800 years of humanistic history

In 2005, Zhaojia building was announced as a historical and cultural feature reserve in Shanghai

In 2008, Zhaolou ancient town officially started the restoration and transformation

The transformation adheres to the principle of “repairing the old as the old”, and reproduces the glory of the past

18 months later, the first phase of the project was basically completed and the style of the ancient town was restored

In May 2010, the restored zhaojialou street was opened

The T-shaped streets are facing the city river; The sparkling yaojiabang and Fuxing port stretch in a cross shape; Willows on the roadside and jagged houses nestle beside the river, showing the calm, calm and honest cultural texture of rural ancient towns

Among them, Liyuan was announced as a popular science education base in Shanghai in 2013

Many buildings have been baptized by the sun, moon, wind and frost

Although they are dilapidated, they are still unique

The punch in ceremony garden in the scenic spot was originally the site of “Renshan hall” of Zhaojia building in the Qing Dynasty, which was built during the repair in 2005

in the park, the winding path corridor, step by step, and the two lakes of cloud and crane, separated by a long corridor, connected with laoyaojiabang and Fuxing port

The winding water is connected and forms a network vertically and horizontally, forming the characteristics of gardens in the south of the Yangtze River

The courtyard sits in the north and south

Three into one storey buildings are successively built on the central axis, all of which are of brick wood structure and green tile hard mountain roof

The main building surface in the hospital is 13 bays wide, and the wooden beams of the hall are decorated with carved flowers

The Qianjin and Zhongjin patios are longitudinally divided into three sets of courtyards by two corridors, and the day after tomorrow is surrounded by high brick walls

Most of the architectural facades in the plum garden have changed today, but its large scale, complete main structure and layout and fine workmanship are only seen in today’s area

It is an ancient house with high historical and artistic value

The house sits in the north and south, with a “one front and two compartments” triad layout

The building is a brick wood structure with one floor, through bucket beam frame and green tile hard mountain roof

The gable of the hard mountain roof is connected with the wing room, which is combined with the slope roof

The shape is similar to the Xie peak, and the ridge is decorated with gray plastic

The main beam is carved with wood, and the story figure is carved on the Fang wood; The original stained glass remains on the North window of the West secondary room

Although some parts of the building have been slightly reconstructed and damaged, and the carvings on the lintel of the instrument door are slightly missing, the main structure and shape are still intact, the wood carvings are exquisite, and the surrounding environment has a historical appearance

It is a representative traditional residential house in this area, with high historical, scientific and artistic value

Built in the mid Qing Dynasty, the ritual farming hall is the central hall of the original building complex, with a construction area of 98.21 square meters

The building sits in the north and south, with brick and wood structure

It is five bays wide and six boundaries deep

It has a hard peak and a small green tile roof

The main room of the three Bay hall is of the beam lifting type, and the secondary room is of the bucket type

There is a single porch in front, and the Liang Fang wood has exquisite relief figures, flowers and auspicious patterns

The admission to the ceremony park is 20 yuan

With a planned area of 15.29 square kilometers, Pujiang country park is one of the seven pilot country parks in Shanghai, with 5.3 kilometers of Huangpu River shoreline resources The forest land resources and rich cultural resources are positioned as “suburban urban forest type country park with forest recreation and waterfront leisure as the main functions”, and it is the first country park of national 4A scenic spot in Shanghai. 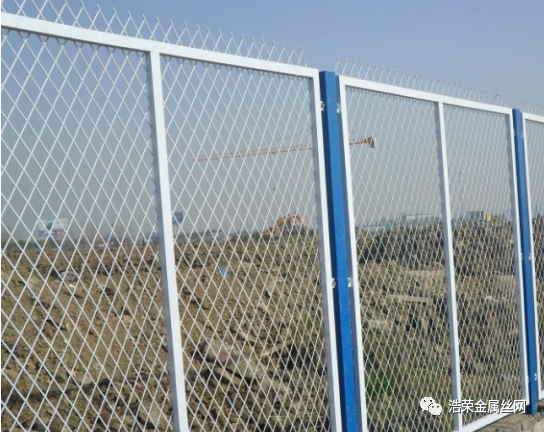 Within the area approved for temporary occupation, the storage shall be carried out in strict accordance with the scope and nature of the approved land . The production process is

With more than 10 years of intensive cultivation, our business has covered the whole southwest region and promoted to the whole country. Tibet (Tibet), Hubei (Hubei), Anhui (Anhui), Jiangsu (Jiangsu),

The main hall is five rooms wide and four rooms deep, with beam lifting wooden frame and double eaves resting on the top of the mountain. left Green Dragon and