This time, we visited two groups of old photos, some of which were more than 100

We selected thousands of photos taken by the West China Frontier Research Society in the 1920s and 1930s, including the old Sichuan University, the campus of West China Union Medical College, the Confucian temples in various counties and cities in Sichuan Province, the street view of Chengdu after the Japanese bombing in 1939, and the excavation of Wang Jian’s tomb

It is introduced by Professor Chen Haixia one by one, especially the investigation and research of the museum’s founder and first curator, Mr

Among them, the construction time of the mosque on Gulou South Street in Chengdu, the original appearance of Bangke building destroyed by the Japanese bombing in Chengdu on July 27 after Mr

Liu Zhiping’s surveying and mapping survey, the apartment building where the Institute stayed, the intersection of the Institute in Chengdu with the former Museum of West China University, the predecessor of Sichuan University Museum, and the Wanfo tower of Dufu thatched cottage museum all attracted guests’ attention A heated discussion from the audience

In order to help you know more about the old photos shared in this salon, we will present three articles, namely, the concluding part of Dai Qianhe’s a brief review of Chinese Architecture: architectural features of Sichuan, excerpts from Liu Dunzhen’s investigation diary of ancient buildings in Sichuan and Kangxi, and Liu Zhiping’s Chengdu Mosque, for your extended reading

Daniel sheets dye, one of the longest working foreign teachers in Bashang, West China, has served five times as the former dean of the school of science of West China Union Medical College

After graduating from Cornell University, he taught in the University of Wisconsin

One year later, he went to China on October 26, 1908 and taught in Shanghai Hujiang University

During the anti Japanese War, he also participated in the summer frontier service group for teachers and students, and retired to return to the United States in 1948

In 1914, Dai Qianhe presided over the establishment of the Museum of antiquities of West China Union University and served as the first curator

He was the first to study the museum

In 1937, his monograph on the study of the pane patterns of ancient Chinese architecture, named “agramao fchine selatice” (the third edition was renamed “machine selaticedesigns”), was officially published at Harvard University

The later edition was reprinted

It is known as “not only an interesting scientific work, but also an art work with guiding significance in the processing of natural materials and reproduction of reproductions” In the book, he worked with Chinese Yang Jichang to draw more than 2500 kinds of Chinese panes 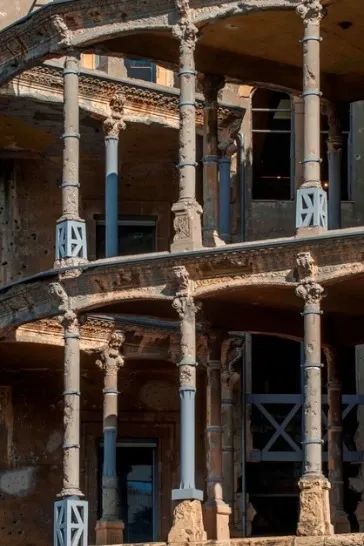 The “suspended walls” on the building surface dissolve the huge building volume and hide the monotonous functional space and floor distribution. There is a dilemma between demolition or repair and

1. The Treasury should pay attention to confidentiality and safety and do not require daylighting. 15. Buildings shall not protrude from the control line. 9. 1-2 building facades, 1-2 building

The high-tech enterprises in the zone can realize the benign interaction between education and industrial development by jointly building an industry education integration laboratory with the school. The construction area