when one makes a real achievement, he becomes known! On behalf of Sichuan’s architectural level, it was shortlisted for the “Oscar in

From the human dimension, the core of architecture is to let people in the city simply know that this is the city we live in.

The city’s one belt, one road, is a key node for the development of the belt and the Yangtze River economic belt.

The advent of Tongwei Shidi changwan clearly points out the direction for people living in cities.

It can be said that no matter how time passes and how time changes, what an excellent building leaves to the city must be a shining work of gold and stone.

Tongwei world · changwan draws on the concept of “super block” in Barcelona, returns the road to the residents, follows the original landform of the space, designs a landscape system of one axis / two cores / three rings / six themes / ten parks, and introduces a flexible multi-storey entertainment and cultural destination to bring the city into the park and the park to the riverside, which is compatible with parks, city squares, social space Cultural facilities and leisure functions.

How can Tongwei global innovation base stand out from the world’s works and conquer the harsh international judges? After raising the project to the international standard of “Oscar in architecture”, will it open a more grand urban interface and a more avant-garde future life for Tianfu new area? First, let’s look at the geographical location of Tongwei global innovation base (promotion Name: Tongwei Shidi · changwan).

The 2400 meter long waterfront is one of the core advantages of Tongwei Shidi changwan.

Each award-winning work represents the highest level in a certain construction field in the world, and naturally attracts the attention of countless people inside and outside the industry all over the world.

Official screenshot for a project, if it can harvest the award recognized by the industry, it is undoubtedly a high recognition of its product power.

The whole building is spread along the water surface, and all transparent facades face the main urban roads to form a maximum display surface.

Following the classic three-stage composition, supplemented by a large-area glass curtain wall, the building is light, rich and tasteful.

This time, a total of 187 shortlisted projects from 40 countries were selected in the unfinished category of waffureprojects, including 46 projects in China.

This year, the organizers also invited more than 150 experts from 70 countries to form a jury, and a grand ceremony will be held in Lisbon, Portugal, in December.

Starting from the concept of “first mention of land” in the park city of Tianfu new area, Tongwei world land · changwan, a provincial key project in nantianfu Luozi in 2021, Tongwei group, relying on the advantages of a number of industries in various industries and based on the advanced development model of “people, city and industry”, will build a “residential ecological city”.

The plot where the project is located is on the side of Tianfu Avenue.

It is reported that as early as the beginning of the project, the exhibition center of Tongwei global innovation base designed by zhouyu architecture was sent with the vision of “building a new business card of Tianfu Avenue with regional influence” and assumed the function of “public city living room facing the future of Chengdu”.

The aerial view of Tongwei Shidi · changwan planning continues the pioneer concept of the exhibition center in architectural design, and the facade displays the art of architecture in a concise and advanced design language.

With the focus of the world’s attention, it will become a “window” for the world to look at Tianfu new area.

It represents the lifestyle of the perfect combination of big city life and natural ecology..

Tongwei global innovation base Exhibition Center is the only project shortlisted in WAF World Architecture Festival in Sichuan.

From the perspective of project planning, the development context of this South Tianfu city integrating industry and city is clear.

Tongwei global innovation base has won global Awards twice, which is of great significance: from now on, let the world focus on Tianfu new area again.

With the development of every country and city, epoch-making buildings will be born, which interprets the world influence with works.

According to official statistics, this musedesignawards has received more than 40000 entries from more than 100 countries / regions around the world.

After many years, I realized the charm of a city by walking on the red walls and yellow tiles.

Perhaps one day in the future, when we look at the present again, we will deeply understand the urban value carried by Tongwei Shidi · changwan, open a new vision for the creation of a new urban pattern and create a more diversified urban discourse structure.

The 8km riverside green axis is naturally everywhere; Supported by industrial development, projects with a total investment of 38 billion will be implemented in several key industrial projects such as Tongwei group’s global R & D and data center, the world new energy Museum, the world fisheries Museum and Tongwei photovoltaic research institute, so as to activate the momentum of regional economic development.

What’s more, after being shortlisted in WAF World Architecture Festival, Tongwei global innovation base Exhibition Center won the public Platinum Award and concept Gold Award of Muse design awards in 2021, and once again stood in the center of the world stage.

as one of the most influential international awards in the field of creative design in the world, musedesignawards aims to discover and commend outstanding people in the six design fields of architecture, interior and fashion.

It is the hydrophilic nature of Chengdu people to live near the water and rest in the water.

Behind the shining glory, people can’t help but wonder.

Just like many people, they set the Eiffel Tower as a screensaver before they went to Paris; I first read the Forbidden City countless times in books.

The plot is divided into three core groups by Tianfu Avenue and Chaisang River – group 1 is the riverside international residential area to be developed; Group 2 is the exhibition area under development (Tongwei global innovation base Exhibition Center and commercial building) and delivery area (Tongwei Shidi · changwan phase I residence); Group 3 is the headquarters office base to improve the energy level of the new area in configuring global high-end elements.

The Tianfu new district that converged the city’s energy can carry all the expectations of the entire Sichuan people.

Join the design of landscape environment to further form the innovative style of “building landscape in one”.

The screen retreats layer by layer to eliminate the long building length, and enclose the hydrophilic area to become the “window” of the city.

Therefore, behind the praise of Oscar in the construction industry, on the one hand, is the determination to pursue the ultimate of Tongwei Shidi changwan.

It is known as the “Oscar in the construction industry”.

In the early stage, the exhibition center should carry the function of Tongwei Shidi · changwan exhibition area.

In this WAF, a project from Sichuan attracted special attention – Tongwei global innovation base Exhibition Center.

It not only represents the artistic creativity of contemporary Chinese architecture, but also affirms that the project takes the international community as the carrier, carries the ideals and aspirations of most people in the city and the longing for the future city, and provides a sample for Tianfu new area to connect with the international front-line residential aesthetics.

Therefore, behind the global honor of Tongwei Shidi changwan, the project not only condenses the vitality and spiritual core of the city, but also represents the global vision of the city and connects with Chengdu’s infinite imagination of the future.

It is also an important support for the implementation of the new strategy of the western development.

This coincides with the concept of “green development concept” of Tongwei group.

Surrounded by one river and three parks, it lays an ecological background for the big city.

Click the blue words above to pay attention to us ~ buying a house is a very important thing for every family . In the process of buying a house,

1 and No. Source: Baoding evening news points “watching” to tell more Yanshan people ↓↓.. In order to implement the requirements of eliminating potential fire safety hazards and beautifying the 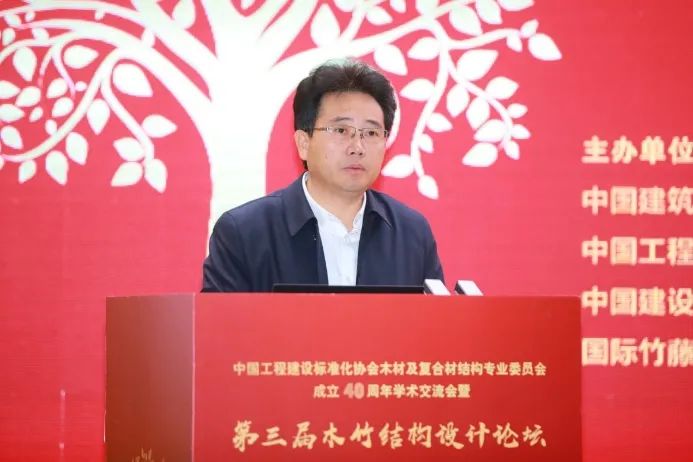 Since the 21st century, wood as a renewable green building materials, wood structure building as a sustainable development building has obvious advantages, domestic research institutions to carry out research on