Those buildings that violate the principles of mechanics!

▽ the small house around in the picture is the original library, because it can’t be seen Meet the requirements and need to build a new building.

The most prominent thing about this building is the huge cantilever structure on the top.

At first glance, the deja vu rush is similar to the small Manyao.

The tower was originally used as a communication tower and was no longer used in 2002.

The compression members do not contact each other, resulting in the illusion of “members floating in the air” or “members supported by ropes”.

A motorized solar reflector device is fixed on the cantilever structure (when I first saw it, I thought the suspended plate was only the effect drawing of the scheme), which can capture the sunlight and reflect it to the park in the shadow of the building.

In this way, the new roof structure will not be too abrupt, and the original sense of history of the stadium will not be destroyed.

With the progress of the times, technology is more and more developed, and there are countless strange buildings.

At the same time, it is not a simple linear shape – the lower surface of the cantilever is rugged, which also puts forward different shape requirements for different sections of the whole truss.

At the same time, it has been determined that the truss structure needs to be supported by two fulcrums instead of the usual one, and the truss height at the support point is correspondingly larger.

What’s more exaggerated than the previous one is that the station is made of brick, and the cross section of the shell is an inverted chain arch, so that there is only pressure on the shell under the action of gravity, the lateral forces between the arches offset each other, and the lateral forces at the edge are borne by the side beam.

The figure shows the stress curve of the roof, and the layout of internal reinforcement is also based on it.

Next, let’s count a few that look stunned (die), a building that violates the principle of mechanics.

In order to establish this huge cantilever, toroha conducted several tests through the structural test unit, and finally selected the longitudinal section of the arch shell as a hyperbolic parabola, which is the most reasonable for the stress.

The distance from the end of the cantilever structure to the support point is 85m.

The interior of the lightweight roof is supported by 20 inclined steel columns.

At that time, after calculation, the teachers of the College of civil engineering adopted this Prestressed Cantilever Structure to ensure the upper space and retain the lower old buildings.

Take a look at the canopy of Terminal T3 of Capital International Airport.

Even if you look at the picture upside down, it is more reasonable It is not too much to say that anti gravity is the first engineer of the Soviet Union.

First, feel the ▽ maximum overhang of more than 50 meters! When it comes to structure PK, I always give this example, and then let the structure connect back with the design fee…

So even if you put it down, it won’t affect its stiffness.

Among them, there is no contact between compression members, and the pre tensioned members constitute the spatial shape.

It includes a common lounge and a panoramic terrace.

Point 12 this work of “Voldemort” in Sydney Central Park, which was introduced by Kong Chengjun before.

The cable in the structure is pretensioned, not tensioned by its own gravity.

Of course, it’s not fun after watching Busan film center.

Do you have ▽ point 10 kurilpabridge tension is a structural principle based on the application of compression in the continuous tension network.

Of course, this is not the protagonist of my answer! The worship of Terminal T3 continues until I know The following goods ☟ point 02 Busan film center first displays two construction process drawings ▽ at the beginning of the bidding, the scheme has determined to realize the cantilever with a huge truss structure.

Let’s take a look at the library of Siping campus of Tongji University.

And it hasn’t collapsed after several shots in the Spanish Civil War It can be seen from the section that the huge cantilever balances the overturning force in front through the pull rod at the rear, and lifts the trading hall below.

It looks like an ordinary old building ▽ when I first saw it from a distance, my chin almost fell off…

Due to its disrepair for a long time, the Russian government planned to dismantle or move away, but it was finally retained at the insistence of the masses and will forever become a monument to the peak of the Soviet Union on the Moscow River.

However, the budget given by the state was too small to support the demolition of old buildings and new buildings.

At this time, it is time to test the structural engineer.

Highlight 11 the canopy roof of the German National Stadium is very similar to the cloud ▽ look closely, the small arm and calf ▽ structure supporting the roof is like this ▽ the structural height of the extension and extension of the stadium is minimized, and the parapet is low and horizontal, which can be hidden visually as much as possible.

Different from the above, the structure is symmetrical to balance the overturning force, and the vault in a single shell is under tension, so the reinforcement is intensively buried in the vault.

At that time, the figures were not very mature.

At the same time, 20 conical columns with a bottom diameter of 35 cm and a top diameter of 25 cm are not even perceptible visually.

The straight rod of shuhofta hyperboloid looks like a fishing net from a distance, but it can support a tower of more than 100 meters.

Therefore, the county put forward the slogan of “Wuhan East · new Tuanfeng”. Tuanfeng has port resources and depth, and can undertake stone storage, transportation and processing; Develop PC board

The cost person needs to learn a lot of calculation tables and software. In fact, it is not difficult to master it. For those who have just started the cost 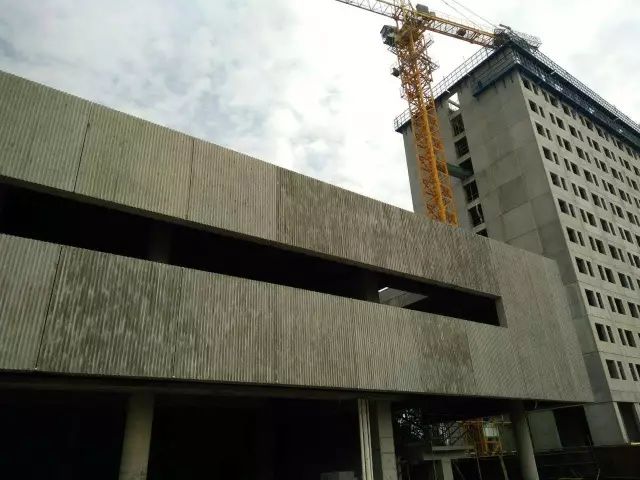 It’s shared every day . Please pay attention! Team leader: LV Hongchang has many years of on-site construction experience, safety, quality and progress are guaranteed! Hope to have the opportunity