How to resolve the collapse crisis of the world’s tall building supported by 35 meter stilts?

Source: Geotech along the way

Two conditions of Citigroup headquarters building: 1960 was the golden age of the United States

Relying on the dividends of World War II, the United States entered the period of its greatest national strength 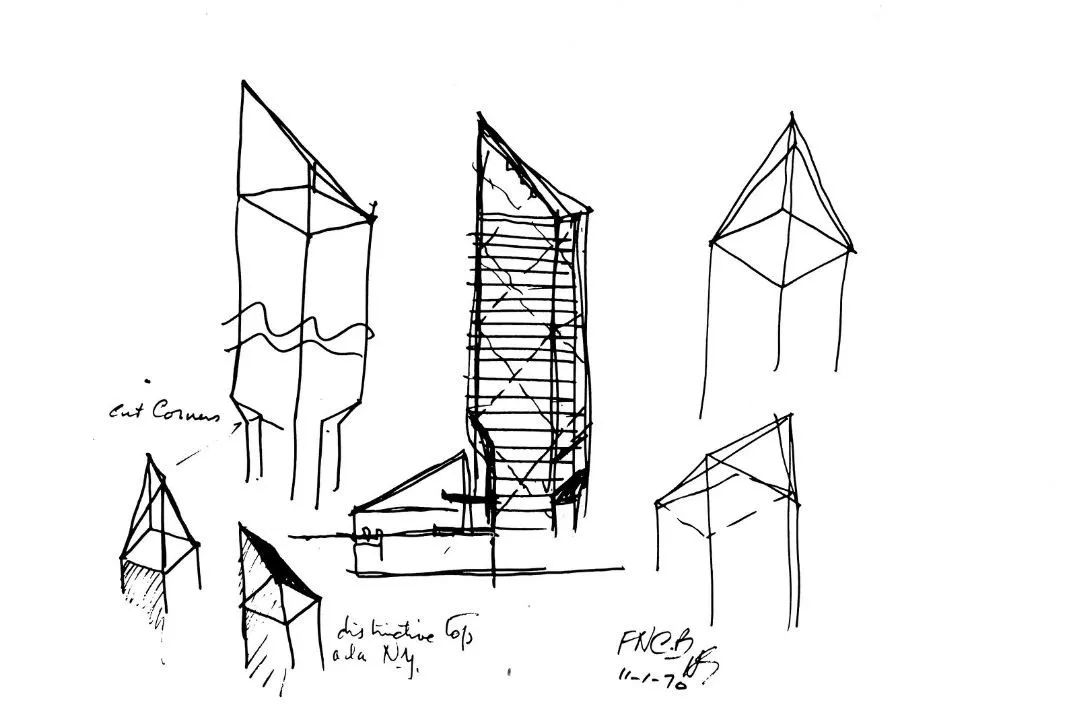 In the re division of global power, the United States has taken the lead and led the rapid development of its domestic economy

Citicorp has also benefited from the wave 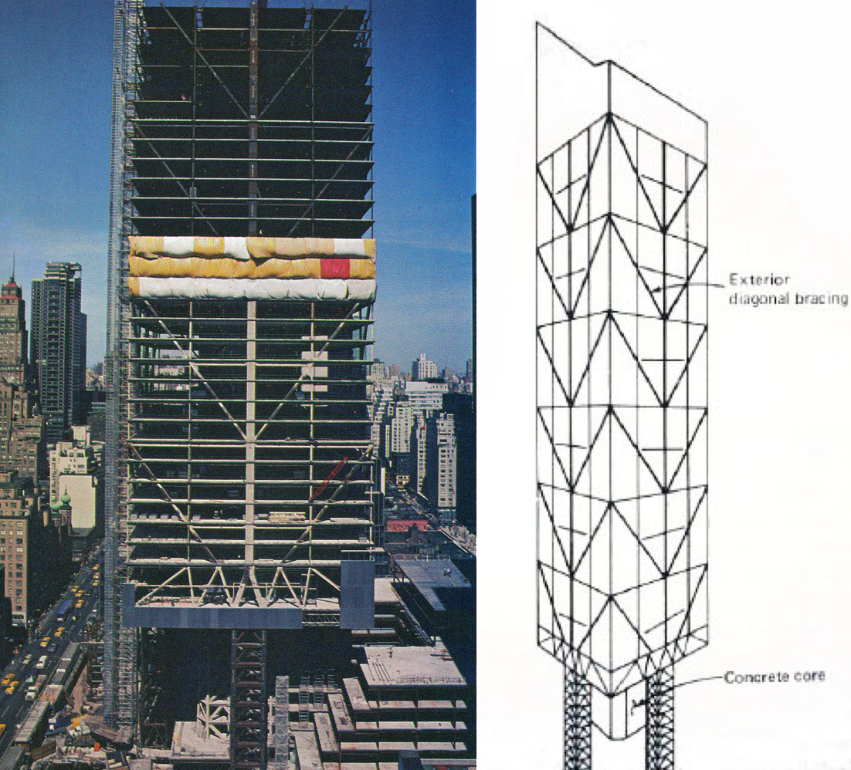 At the beginning of 1960, its headquarters on Park Avenue in Manhattan became more and more incompatible with the company’s continuous growth and expansion 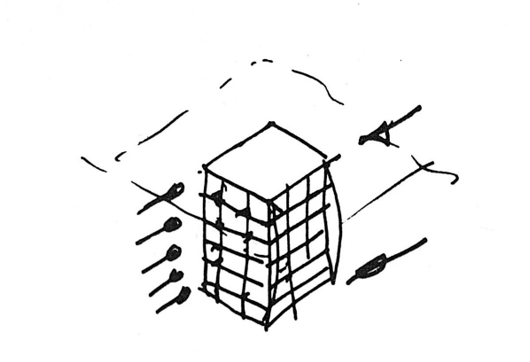 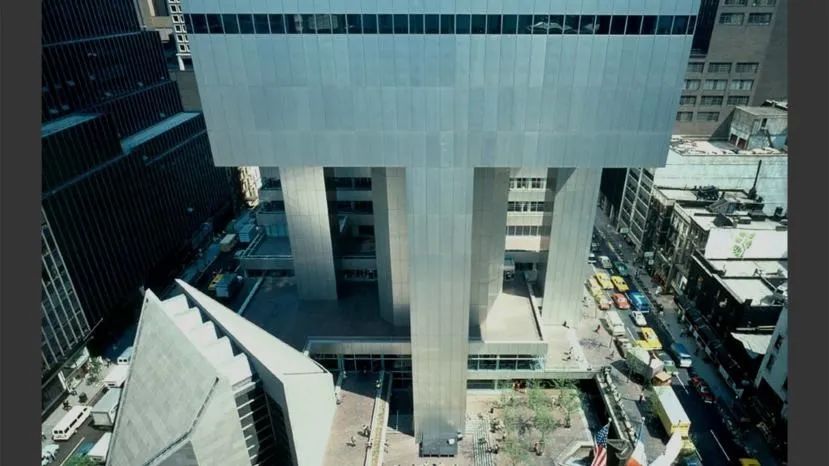 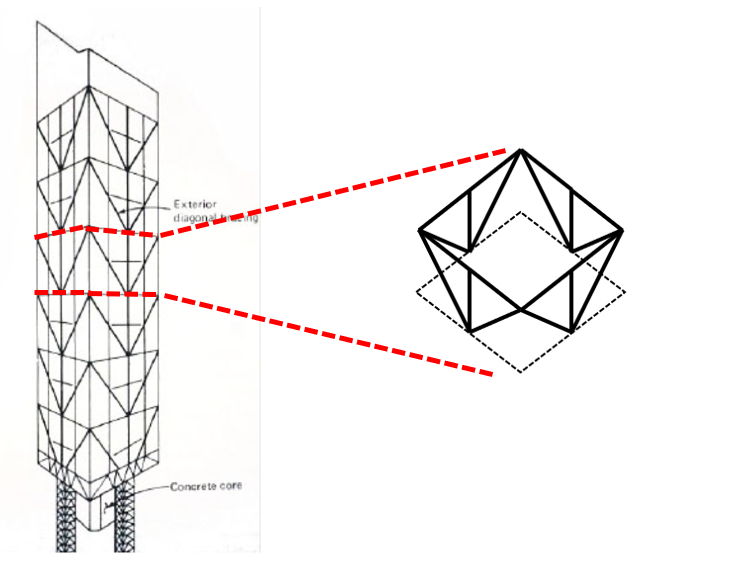 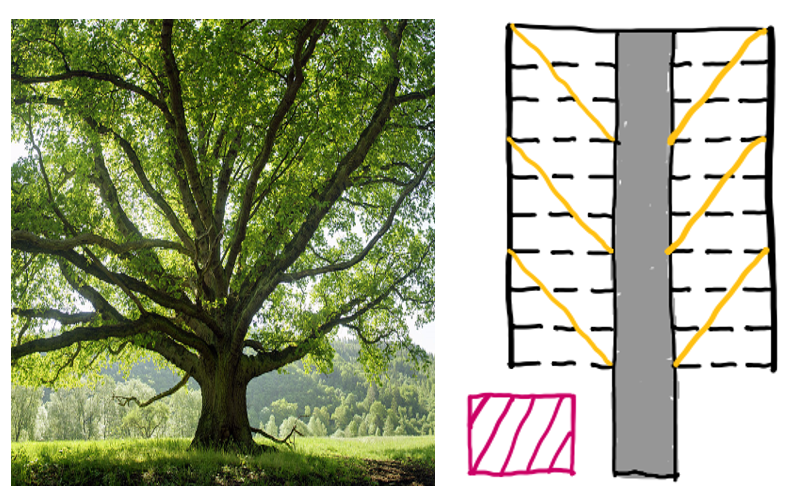 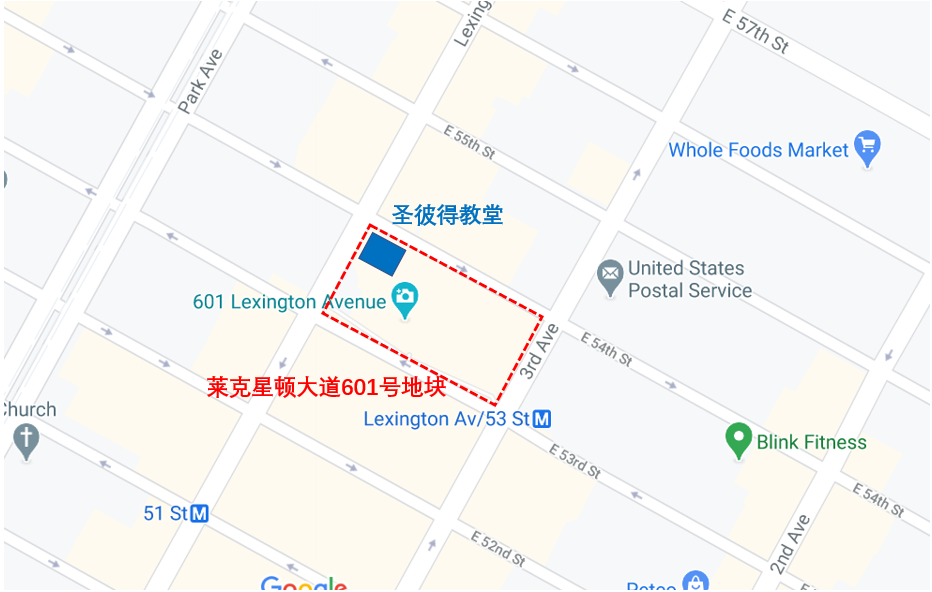 Peter’s church was built in the early 20th century 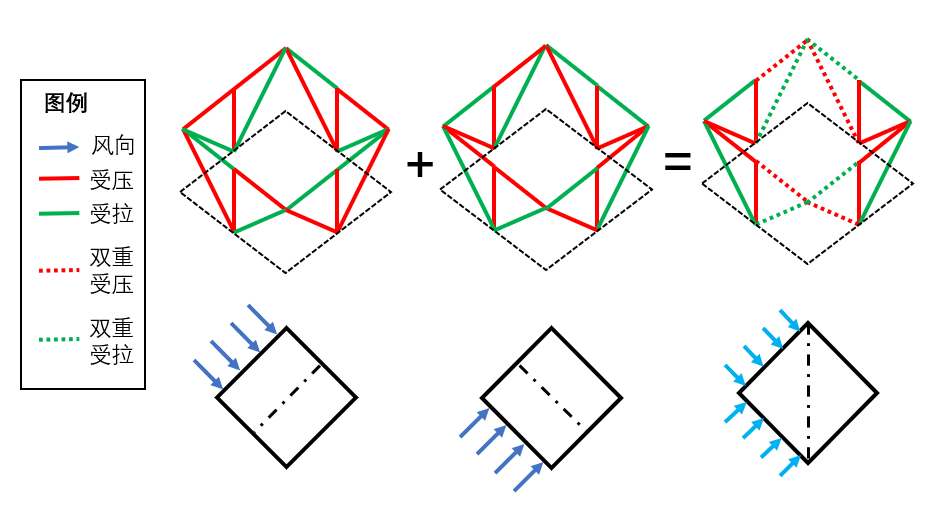 The church before 1960, 60 years later, has become dilapidated 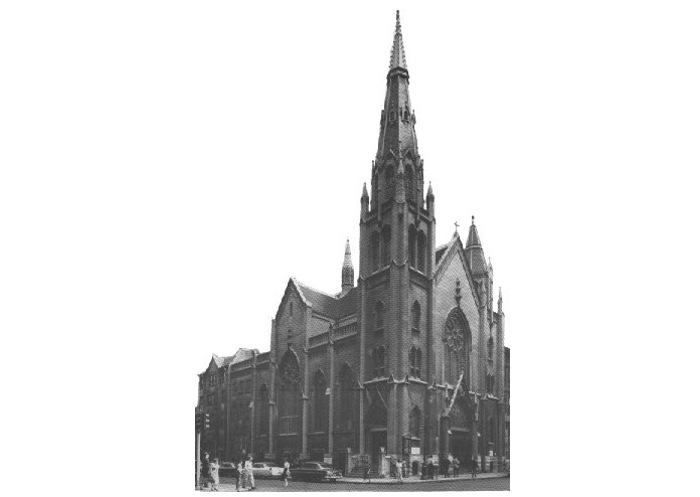 Lexington Avenue, which was still a suburb at that time, has become a prosperous financial center of New York 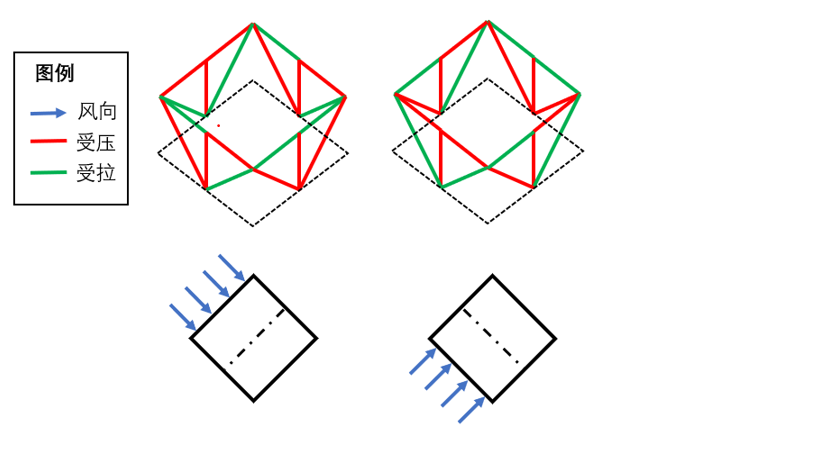 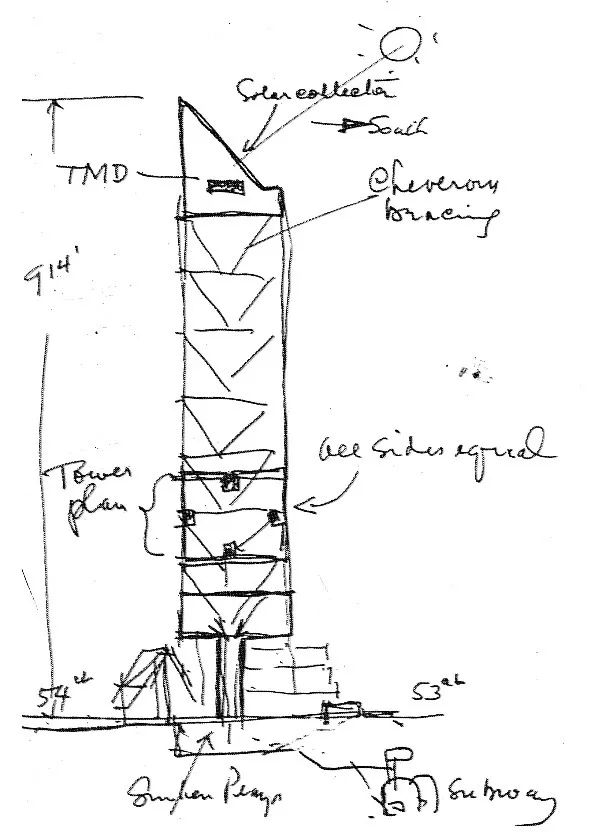 In the case of lack of funds, in order to seriously repair the church, the church began to consider selling its valuable property in 601

Peter’s church is so natural

Peter’s church are not easy

In any case, the church is reluctant to move away

Finally, it took Citigroup five years and $40 million to reach an agreement with the church on the sale of land 601

In the agreement, St

Peter’s church needs Citigroup to accept two special conditions before it agrees to sell the land: 1

Build a new church for the church on the original site; 2

The second condition makes it difficult for Citigroup

If this is to be done, it means sacrificing valuable office space

The inspiration on the napkin also challenges the second condition: stubbins, chief architect of Citigroup’s new building, and le messurier, chief structural engineer, who have been pondering over the plan for the new building for several weeks

Stubbins is a renowned architect in New York

At Harvard, he studied with Walter Gropius, one of the founders of Bauhaus movement

Hugh stubbins Le messurier, the chief architect of the building, is also a renowned structural engineer

As a partner of stubbins, he has completed the design of many landmarks

William Le messurier, chief structural engineer of the building, has considered several schemes for the relationship between the church and the new building, but limited by the harsh second condition, they still have no idea how to maximize the space of the church

One night, while sitting in a Greek restaurant in Cambridge, Le messurier was working on a long-standing project

Usually, structural engineers hope that the columns of a building will be evenly placed at a certain interval, so that the weight of each floor will pass down through the simplest and clearest path, which is convenient for engineers to make a clear analysis of the stress and safety of the building

In the conventional layout plan, the gray rectangle is the column

However, too many columns will affect the internal space division of the building

If you want to have open space inside the building, you need to reduce the layout of columns

Finally, the building may be optimized to be supported by only a few large columns

If adjusted according to the above plan, the pillar in the upper left corner will conflict with the position of the church

Unless the upper left corner of the building space is sacrificed, the columns are retracted to give way to the position of the church

All of a sudden, Le messurier’s inspiration came

He took the napkin on the table and drew the sketch

In Le messurier’s scheme, the columns originally arranged around the building are moved to the middle, and the whole building is located on the ground in the form of “walking on stilts”

The new layout not only avoids the conflict with the church, but also retains the space of the building to the greatest extent

However, after the columns moved to the middle, the two ends of each floor of the building lacked support and became unstable cantilevers

In order to solve this problem, inspired by the tree, Le messurier designed a bold “v-truss” system

If the middle column is the trunk, the V-shaped truss is the branch, which transfers the weight of the floor to the column safely and stably

It’s not only a solution to weeks of distress, but also such a bold plan, if implemented, will undoubtedly become a new landmark of New York

In 1977, the building was built and named Citicorp center

He even tried to persuade stubbins, a good friend of the architect, to put them on the most prominent exterior of the building, but failed

“I wanted my masterpiece to be displayed outside the building, but stubbins didn’t agree

Finally, I told myself that I didn’t care at all – it was there and God would see it

” On a warm day in June 1978, Le messurier received a call from an engineering student, Diane Hartley, in his office in Cambridge, Massachusetts

When the building was completed in Manhattan a year ago, it was the seventh tallest building in the world

While Diane Hartley was preparing his thesis, Hartley got the relevant information of the building from an assistant engineer of Le messurier company and reviewed the structural engineering of the building

During the review, she found that the wind resistance performance of the building was different from that of conventional buildings

For conventional buildings, because there are columns at four corners, the wind perpendicular to the building surface is usually the most unfavorable stress condition

In conventional building design, vertical wind is usually the most unfavorable condition, but for Citigroup headquarters building, Hartley found that the internal force of the building under diagonal wind (the wind direction is parallel to the diagonal of the building) is significantly higher than that under vertical wind

After checking the diagonal wind in Hartley’s paper, Hartley thinks that the building is not enough to resist the load caused by diagonal wind

After submitting the paper, her teacher mentioned the same query in her reply

So there’s the opening of a conversation with Le messurier. 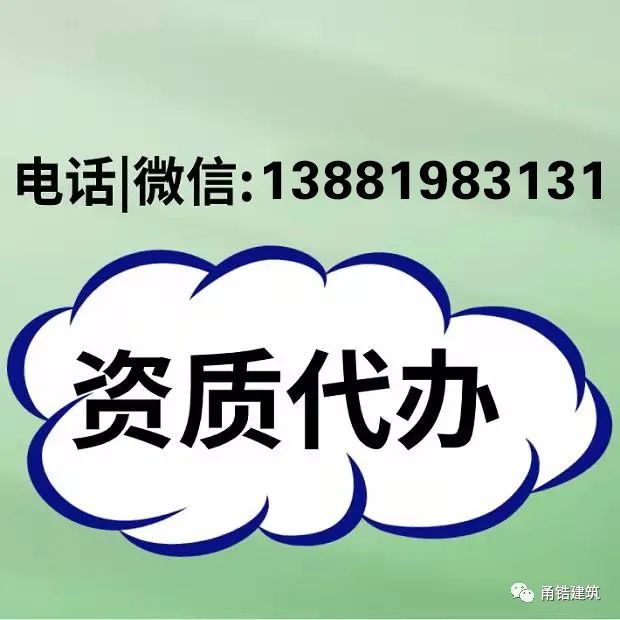 Strictly implement the eight 100% dust suppression measures, clarify the control objectives, responsible subjects and punishment measures one by one, and strive to improve the system and mechanism and strengthen 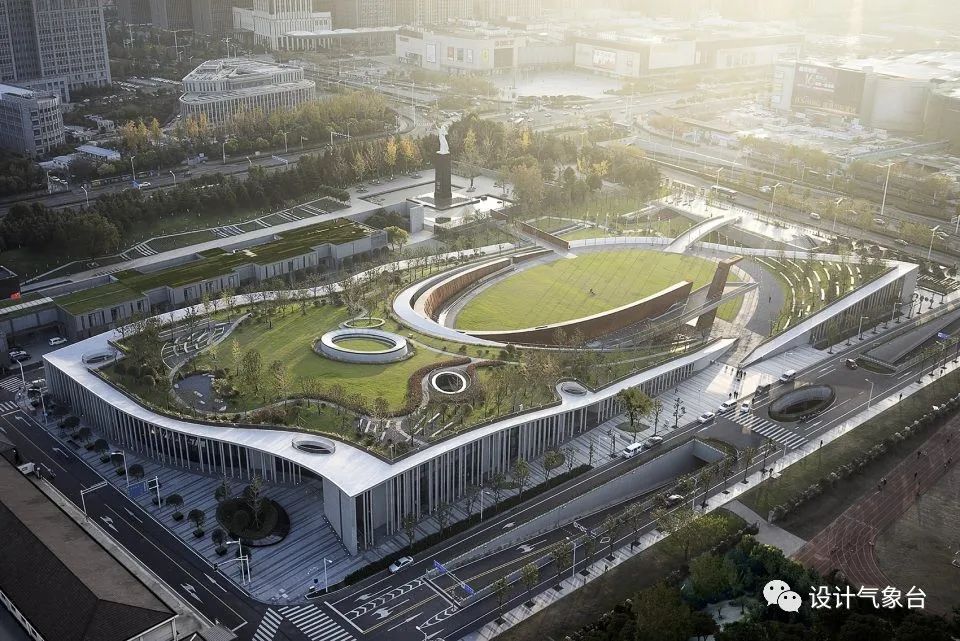 I am grateful to the society for giving me the opportunity and my students for helping me.   Everyone has a different understanding of the China Pavilion, some from the