How do all the “ugly buildings” around you come from? 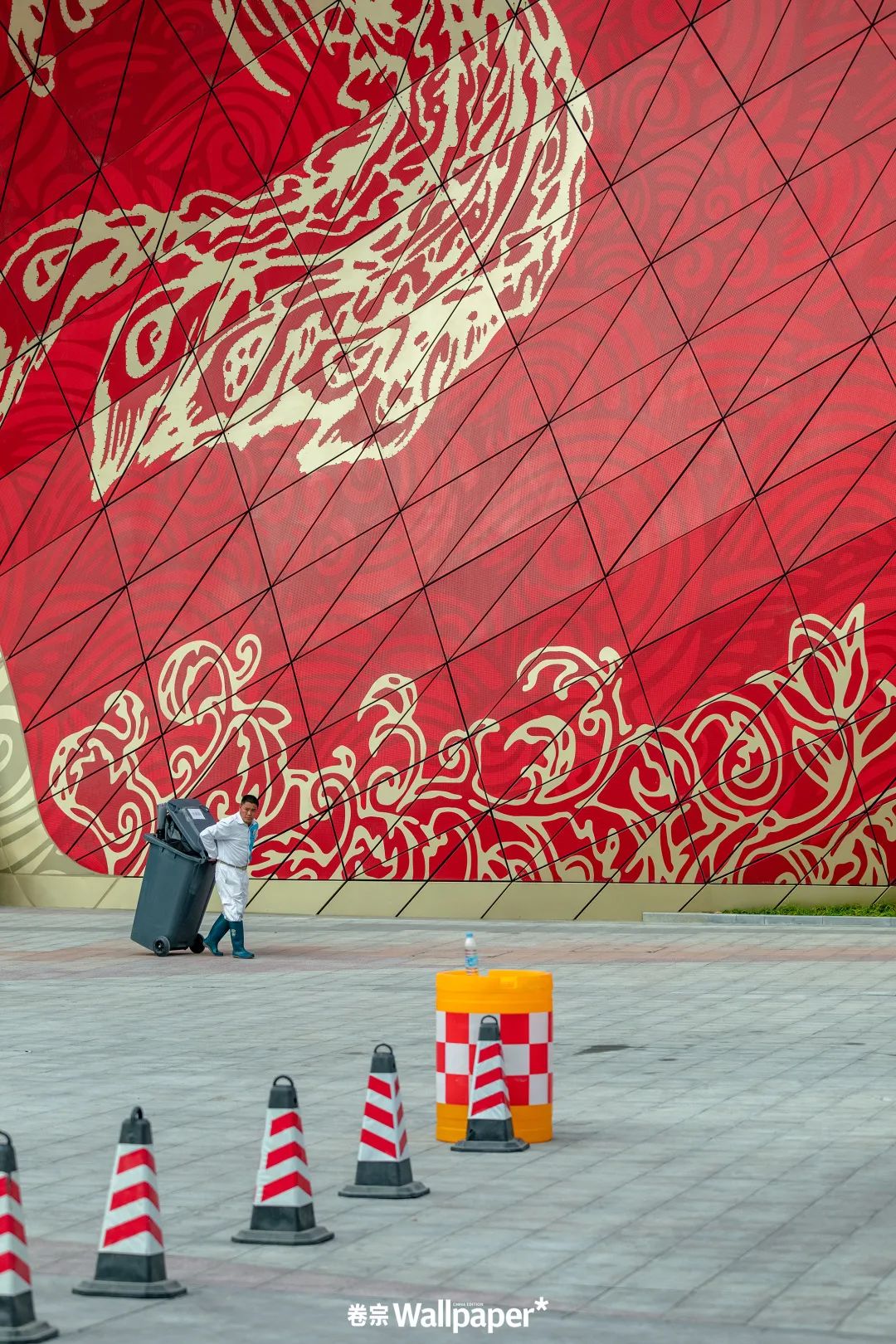 Slide left to view the Architectural Guide of this issue 1 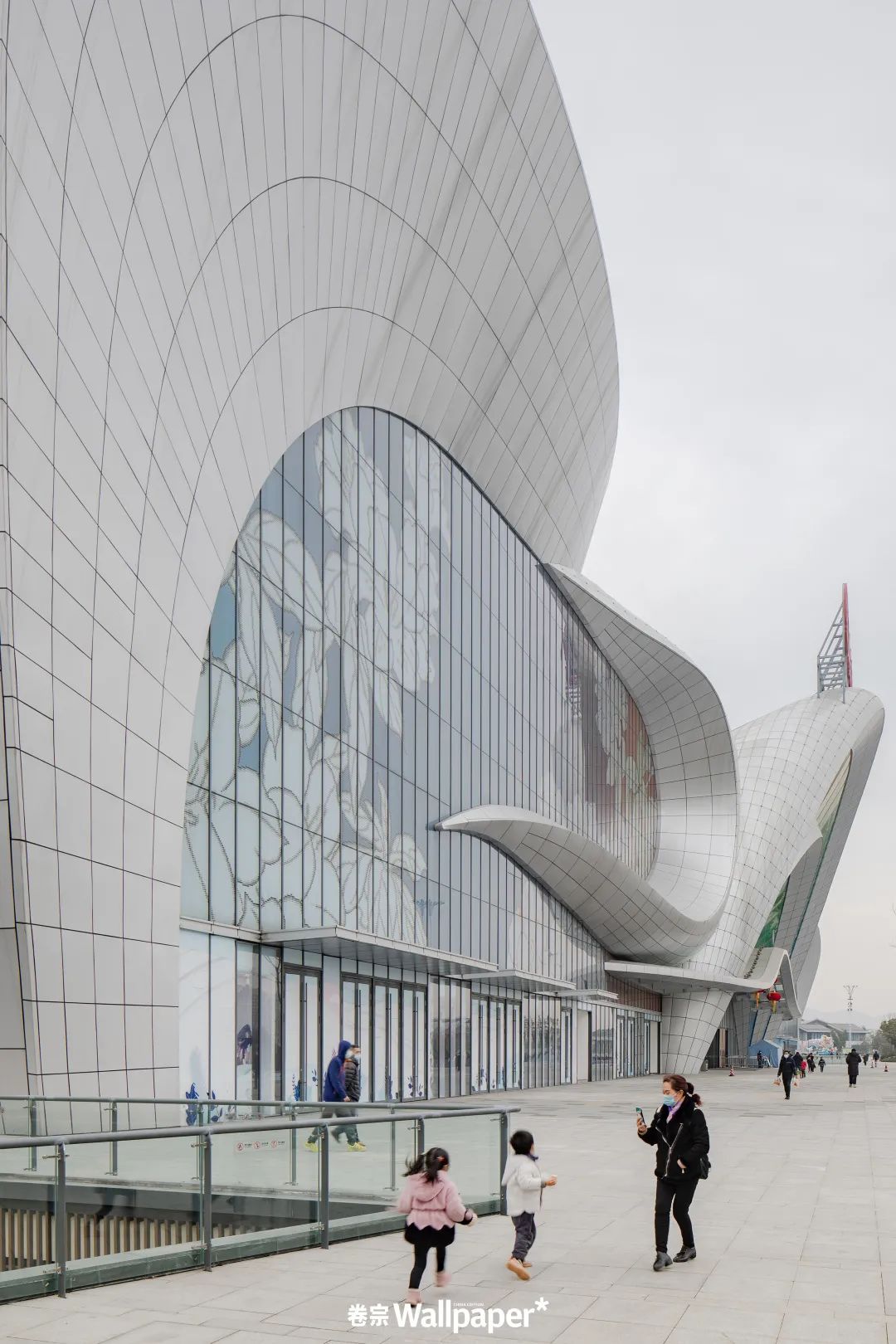 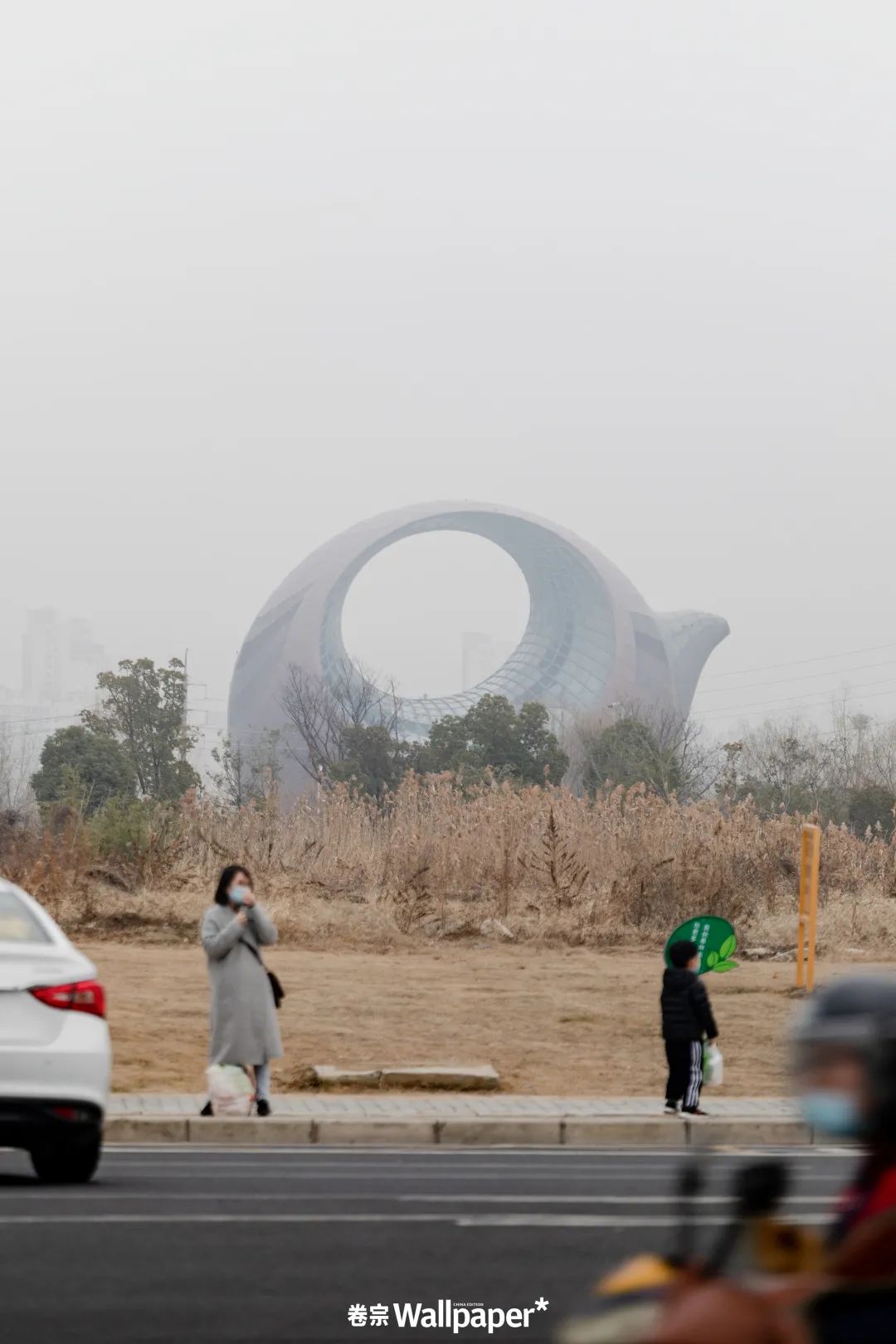 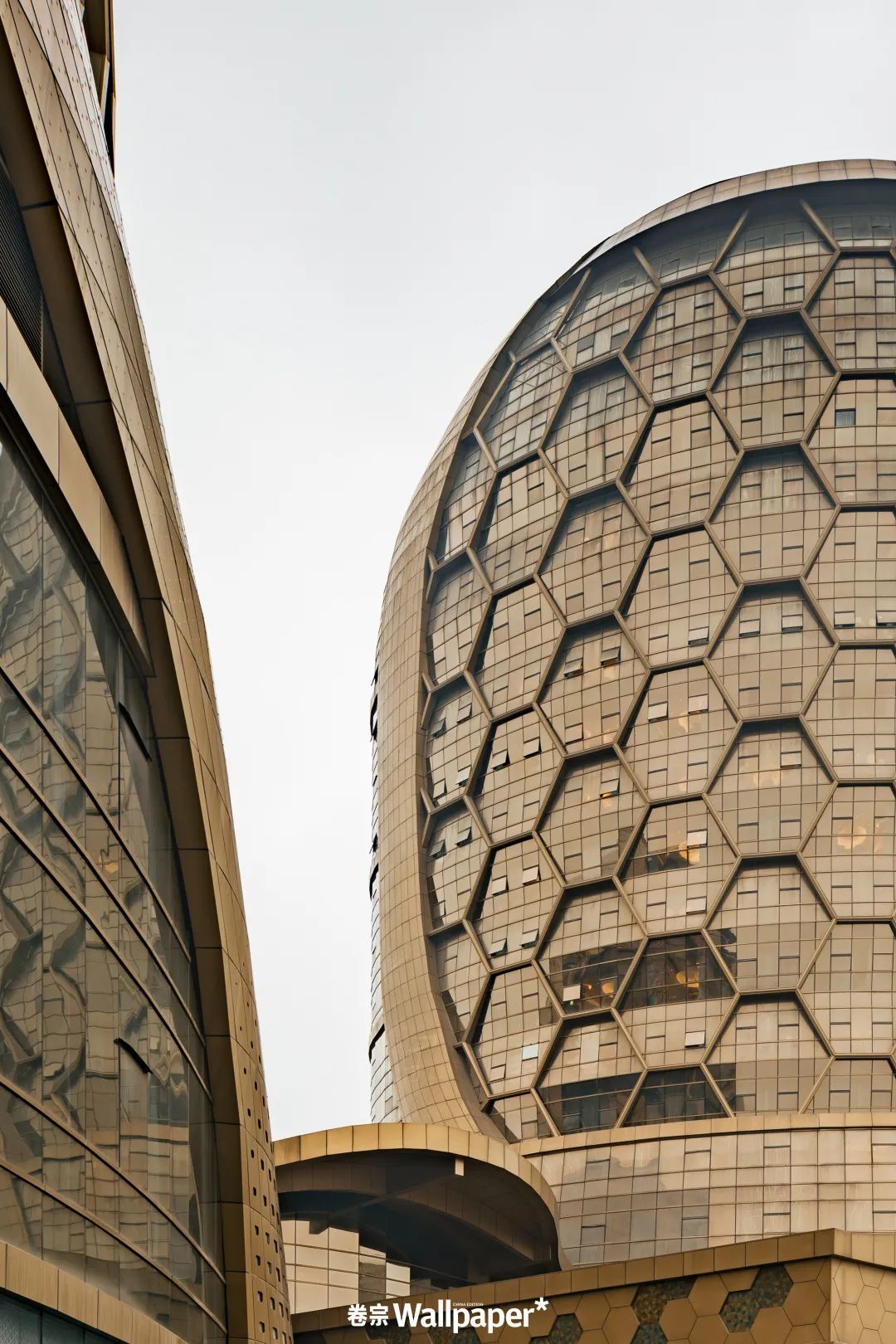 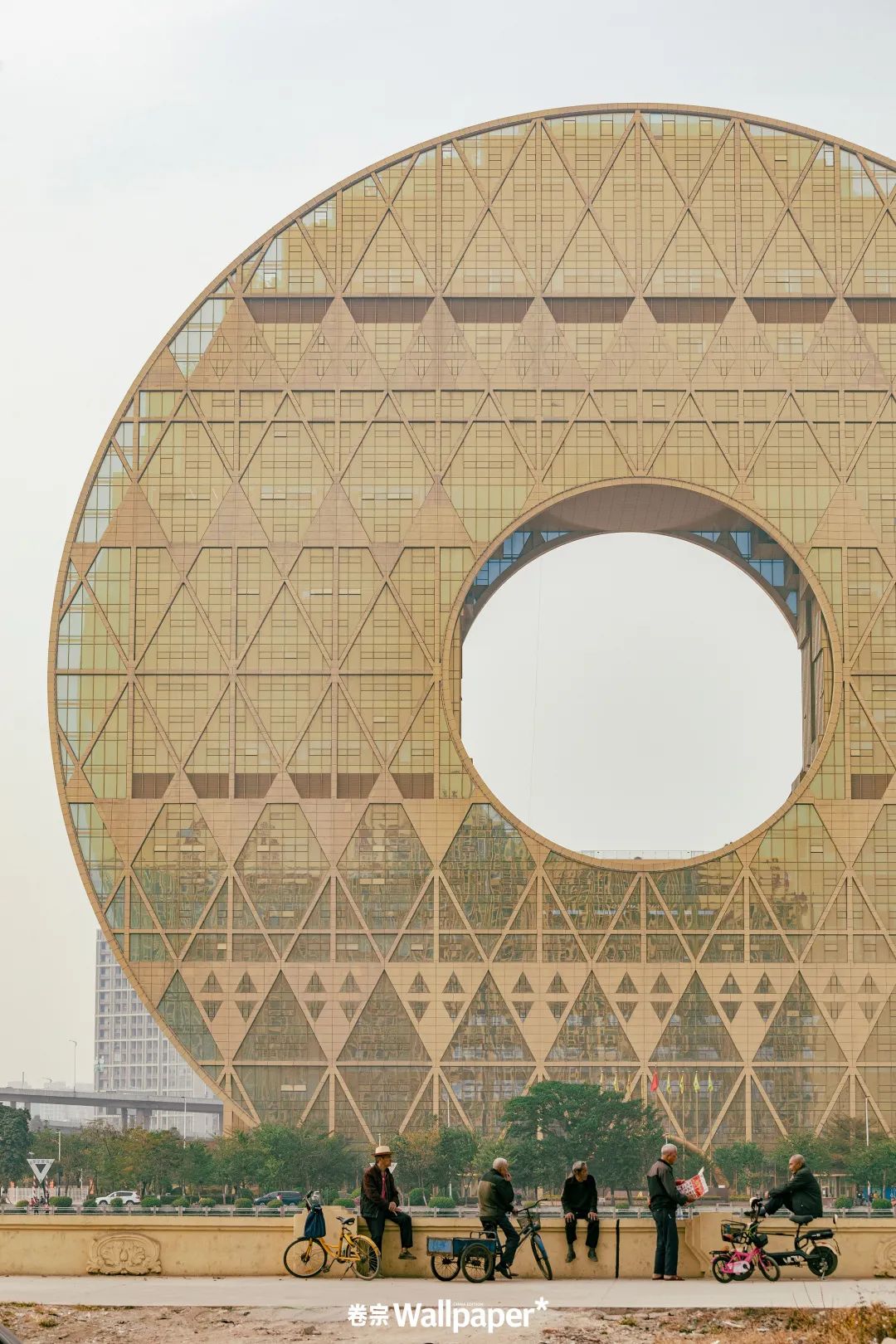 Guangzhou rongchuang Grand Theater 📍 Urban spectacle: the exhibition center of Wanda cultural tourism city in Wuxi, Jiangsu, can be seen from the “pictographic” characteristics of most selected buildings

“Blind bionics” is a major spectacle in China’s “ugly buildings”

In 2017, the research on “pictographic architecture” in the cooperation between architectural design and School of architecture of Chinese Academy of fine arts also used it as the “negative teaching material” of modernist architecture, and made an exploratory comb on its history and evolution

Pictographic architecture, as an imported culture, originated in Europe and America, and then spread to all over the world with the globalization process

In China, this phenomenon began to sprout in the 1990s, accelerated after the millennium, and gradually controlled after 2014

In the Internet age, in order to attract attention and attract people, some areas deliberately create “red buildings on the Internet”, which is not uncommon at present

With the interweaving effect of taste, cognition and values of urban decision-makers and builders, the “pictographic meaning” of these buildings is “intentional” and “purely accidental”

Although the exhibition center of Wuxi Wanda cultural tourism city embodies its creative ideas to a certain extent, it is still listed in the Fifth China top ten ugly buildings selection in 2014 because of its too concrete appearance

The whole building is 38 meters high, 48 meters in diameter, and covers an area of 5000 square meters

The appearance is mainly made of aluminum plate and glass

According to relevant data, the shape and size of each piece of glass on the “pot surface” are different, and the dome of the building is made of art painted glass

The project has won the certificate issued by the world Guinness headquarters, but even so, as a large building, its round shape and pouting “spout” did not win the favor of the public

It is also reported that its appearance is very similar to the “magic bird out of the forest pot” created by Chinese arts and Crafts Master Wang Yinxian in 1990, which once caused Wang Yinxian to file a lawsuit against Wuxi Wanda City Investment Co., Ltd., claiming that the pot shaped building was suspected of “plagiarism”

Apart from the “Jiangnan Water Town Culture” implied by the developers, the exhibition center is not related to the meaning of “purple clay pot” only from the plane function layout of the building itself

However, it is undeniable that businesses or governments tend to use pictographic buildings to promote their brands or cities to a certain extent

Its design is also closely related to urban characteristics

The facade of the building takes “Xihui flower sea” as the design theme, and the inspiration comes from Wuxi City Azalea FLOWER

The project is located in the southwest corner of Yuanxi road and Chuqu Road, Binhu District, Wuxi City, with a total construction area of 246200 square meters

From the air, you can see that the bird’s-eye view of the whole building presents a silver white “Rhododendron” shape, and the location layout of different formats corresponds to one of the petals

However, compared with the softness and flexibility of the flower itself, it is difficult to associate the stiff and flat shape with the Rhododendron; while the fine brushwork pattern of Rhododendron on the glass curtain wall and the colorful background color are out of place against the background of the overall streamlined futuristic style of the building

📍 Urban wonders: the bee nest hotel in Jiangsu and Nanjing, together with the blind bionics, also has the worship and pursuit of wealth and power in the local architectural design, either from the consideration of geomantic omen, or from the elements of traditional Chinese culture, for different reasons

The beehive Hotel, which was just built on the top of Laoshan Mountain in Jiangbei new district of Nanjing last year, ranked fourth in the list of ugly buildings in the same year with the expert evaluation of “weird form, novelty seeking, luxury, money worship, fun and vulgar”

As the name suggests, the hotel is inspired by the “beehive”: the external contour of the building presents two beehive shapes, one big and one small, with curves and dynamic curves

It seems that it is not shocking in this regard alone – but the glittering facade, together with the extremely extravagant “local tyrant style” design of the hotel’s internal space, reflects an unrestrained value of money worship

Before that, there was a big geological disaster hidden danger in the local original landform – the previous mining led to serious damage to the surrounding ecological environment

In addition to several mining left behind, the slope was high and steep, with the maximum height difference of 100 The exposed area of bedrock on the slope surface is large, and there are many dangerous rocks and hanging stones

From an ecological point of view, the landing of the beehive hotel gives a new look to this area

According to official sources, the creative inspiration of the project comes from “flowers blooming deep in the jungle”, because it is a “paradise for bees”; while the huge honeycomb hanging on the cliff presents a “feast of honey”, which gathers bees to attract butterflies and make them get together happily

However, even so, too luxurious visual presentation makes the whole building deviate from the original expression in the eyes of the viewer

In addition, after half a year’s construction by 100 sculptors, the rocks on both sides of the hotel have been transformed into two giant stone lions lying horizontally, each with a height of more than 30 meters? 📍 City wonder: Guangdong and Guangzhou round mansion return to the above-mentioned worship of wealth and power

The luxurious interior decoration and the design concept under the grand narrative are hard to digest, and the heavy appearance of the whole building brings us an indescribable sense of oppression

However, if the square and square shape of Wanjiali Plaza is slightly conservative compared with the column shape of honeycomb Hotel, the shape of Guangzhou round building can be said to be different and perverse, with a unique “surrealism color”

As the headquarters building of Guangdong Plastics Exchange, Guangzhou round building is located at the southernmost end of bai’etan economic circle in Liwan District, Guangzhou city

Because of its unique “copper coin” shape and “earth rich gold” color on the facade, it once ranked first in China’s ugly buildings in 2017

It has a total of 33 floors

It is the largest circular building at present, and was officially named “Guangzhou round building” after the Levy of 100000 yuan.

At present, the company has more than 20 projects under construction, mainly concentrated in Sichuan and Chongqing, mostly super large complexes and landmark buildings, It also includes two major infrastructure

The world is so big, in case of separation. Scaffolding Ringlock System Ledger End Click above   “Cao Mingming municipal”    →   Click “…” in the upper right corner