As a result, Wang Qijun’s name is well known by many college students majoring in architecture and landscape architecture rwyzz@126.com It’s probably hard for people who travel to Chongqing to avoid Linjiangmen Located in the center of the city, adjacent to Jiefangbei business district, the first light rail line passes through here, and the earliest high-rise buildings and shopping malls also appear here

Now you look at the river reflected by the colored lights

At a glance, the moving Porter unloaded the cargo from the ship and carried it to the city with a bamboo pole

On both sides of the mountain are the binding houses and Diaojiaolou, which are built according to the mountain

Each mountain bend is covered with traditional dwellings

At that time, both Japanese and German scholars would jump with excitement when they saw this scene, just like watching a panoramic film, they were infected by the beauty of traditional dwellings

In the early 1990s, the Linjiang gate was demolished

At that time, Wang Qijun (now a professor of the Central Academy of Fine Arts) was in Beijing and did not know about it

In 1997, he returned to Chongqing from Canada and took his friends to visit Linjiangmen

He wanted to surprise others

As a result, he was surprised that people were right and things were wrong

When he was a second year graduate student in Chongqing Institute of architecture and engineering, he became attached to Linjiangmen

At that time, China’s economy was developing by leaps and bounds

All the students followed their tutors to Shenzhen, Beihai, Sanya, Haikou and other southern cities to do architectural design

After class, he accompanied the professor to Chongqing Around the city

Professor James rbagnall, who teaches “the model language of architecture” in school, holds a clear attitude towards things

At that time, the architectural circle praised the modernist masters represented by Michael Graves, but he despised the reinforced concrete and glass curtain walls

On the contrary, he praised the folk buildings such as Linjiangmen and Ciqikou Ancient Town, and even thought that Linjiangmen folk house was the best piece of folk houses in China and even in the world

Therefore, he sincerely encouraged Wang Qijun, who has not yet graduated, to study traditional Chinese dwellings instead of engaging in modern architectural design like others

After following the advice, Wang Qijun inspected many dwellings in Linjiangmen and other places outside Chongqing, leaving a large number of sketches

In addition, during his ten years working in Xuzhou Academy of traditional Chinese painting before he went to graduate school, he went to Tibet, Xinjiang, Yunnan, Dongbei and other places to write and investigate many dwellings for the background of comic book creation

He accumulated many scenes for sketching, and finally assembled them In 1991, it was published by Shanghai People’s fine arts publishing house

The next year, CCTV filmed 12 episodes of “interesting talks on Chinese residence”

Wang Qijun, who is upright and has a loud voice, was selected as one of the hosts

With the shooting of the program, he visited many dwellings including Hong Kong and Taiwan, which made him further understand the beauty of traditional dwellings

He once revealed in an interview: “the solid walls in a large area of residential buildings rarely open windows

They are simple, quiet, airtight and sparse

Just as there is a blank space in Chinese painting where people are set up at will, I don’t know whether people are in the space or whether the space is obvious because of people

People and space are integrated into one As Da Chongguang, a calligrapher and painter of the Qing Dynasty, said, “the virtual and the real coexist, and the place without painting becomes a wonderful place.” In addition to the aesthetic appearance, many dwellings also have hidden tricks in the use of ventilation and insulation

Wang Qijun takes the cave as an example, “although the form of residence is underground, the facade of the cave is made up of all kinds of window lattices and horizontal doors, rather than plate doors and plate windows

They all use the shape of flowers to light as much as possible, and they are warm in winter and cool in summer, at least free from the interference of radio signals.” Nowadays, when it comes to cave dwelling, most people may regard it as a backward form of living

In fact, as early as 1966, an Israeli professor in the United States proposed the idea that people would live underground in the future

More staunch supporters, such as Zuo Xiansheng of Shanxi Institute of ancient architecture, have been tracking and investigating for many years, and finally found that people living in caves are more comfortable than people living in villages on the ground They live four years

According to Wang Qijun’s introduction, there are three types of caves: Cliff cave, freestanding cave, which is wood free and tight

Most of them are in Pingyao, Shanxi Province, and the rare sinking cave, which is located in the Loess Plateau of Pingchuan

A nine meter to 10 meter deep courtyard is dug down Then, the caves were excavated across the four walls of the courtyard to serve as living rooms and kitchens One of the holes is reserved as a door opening, with a ramp shaped passage, which can be raised to the ground)

When they went to investigate cave dwellings in those years, each household had more than one mu of land

Now, each household has only three parts of land

Therefore, if the plot ratio is relatively high, it is impossible to build according to the traditional model

But most of the time, he still felt sorry

For example, the buildings in the middle reaches of Nanxi River in Yongjia County, Zhejiang Province, Yandang Mountain in the Northern Dynasty, and many officials in the Southern Song Dynasty came here to live

Later generations were influenced to build many villages at the foot of the mountain in the shape of “pen, ink, paper and inkstone”, and some public buildings mostly have historical allusions

The feeling of “culture, beauty, nature and humanity” conveyed by that environment made Wang Qijun reluctant to part with him

Unfortunately, by the early 90s, these villages were also eroded by foam and garbage, and polluted by washing powder, and the beautiful villages had become ravaged

Based on his understanding of the “glory” of traditional dwellings in the past, Wang Qijun deeply realized the advantages of using local materials and adjusting measures to local conditions

“If there are trees in the Loess Plateau, urban caves will be built; in Guizhou mountainous areas, stone slabs will be used to build houses and walls, or instead of tiles to cover the roof of houses But our current architecture ignores the regionality, covering the whole country

When designing, architects may not have a special understanding of the elements of traditional dwellings, and they have not created a suitable model

After finishing his job as an illustrator, his biggest hobby is to enjoy and learn western classic paintings in the palace like Ontario Art Museum designed by Norman Foster, a British architect, and to borrow picture books from the library

During his seven years in Canada, he took a library card and was free to enter and leave all the libraries in Ontario and borrow unlimited books

After reading a lot of books, he realized the difference between the two worlds and absorbed some techniques, “Westerners like to use watercolor, but we use gouache more; we used to use brush to draw line drawing, but foreigners use pen or fountain pen to draw material; they like to show light and shade, and we like to use lines to show the density of relationship. 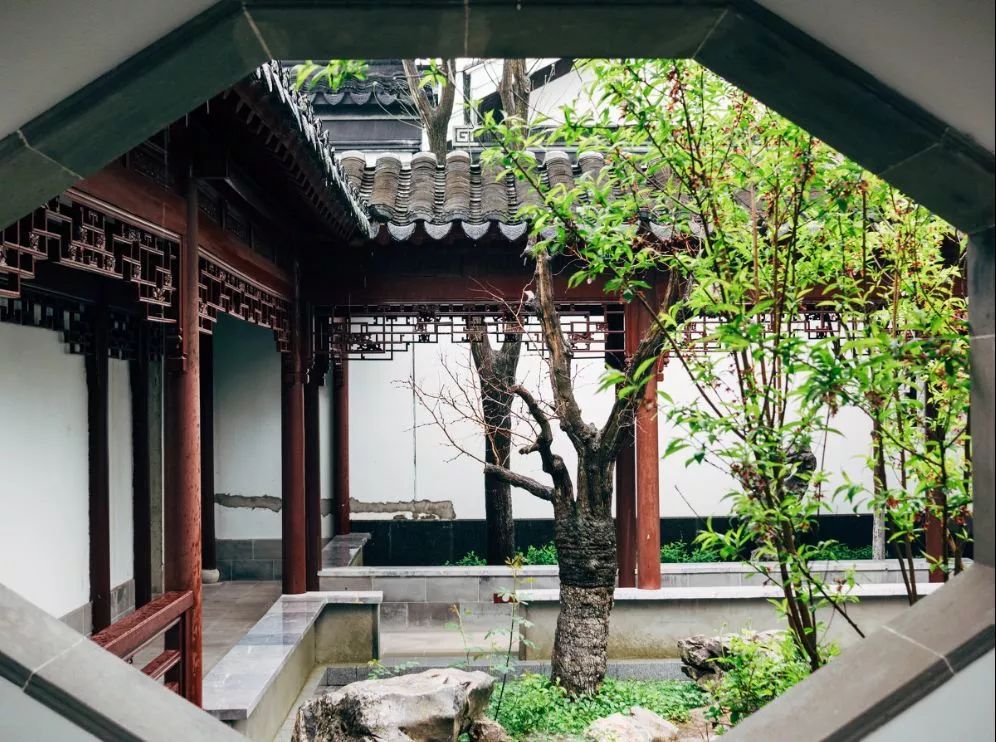 Happiness is probably living in Chinese people The small courtyard of the Chinese people’s small day, that brick by brick is poured into the people’s expectations for a better life,

In recent years, there are more and more private buildings and illegal buildings, which seriously affect the urban landscape and urban development, damage the public interest and cause potential safety