Emerging buildings in the net red city of Changsha: This is everyone’s Starlight stage

This is the feeling of being close to the people brought by Changsha and Weilai center..

Changsha is not only a famous city in Chinese history and culture, but also a popular online city.

It is like a container that can be filled by users to create more possibilities.” As Wu Xiuwei thought, Weilai center has created a lot of personalized experience spaces for users.

This autumn, the first niohouse in Hunan, adhering to the urban gene of Changsha, came into being in the urban park.

It is known as “the hometown of qujia” and “the famous city of Chu and Han”.

Like people, it not only has a common sense of groups, but also has a unique personality.

The big terrace full of smoke is the unique feature of Changsha Weilai center.

Users can hold exhibitions and enjoy works of art here; hold parties and invite friends to chat; it can be an academy and enjoy the comfort brought by books; it can also be a stage.

When we visited Changsha Weilai center, the owner Xiao was holding a small musical concert here.

In the use of materials, designer Wu Xiuwei also carefully follows the local characteristics.

“Changsha Weilai center provides a stage for users to exchange ideas and collide, just like thousands of scholars and scholars talking and laughing in the Academy for thousands of years, modern people also need a space for talking and sharing expression.” under the construction of the designer, Changsha cattle house connects the ancient and modern cultural features, which has a deep resonance with the city.

As Xiaoyou said, “art is not too lofty, and the stage is not just for looking up.” The two are not in conflict, but can blend well.

Yuelu Academy is an iconic ancient architectural complex in Changsha and can also mark the cultural core of Changsha.

As the “high producing area” of Chinese variety shows, walking on the streets of Changsha, you may encounter popular “superstars”; A small stand on the side of the road may be the country’s popular online red food.

It is not only full of scholar atmosphere, but also full of human joy.

After understanding the needs of Changsha Weilai center, designer Wu Xiuwei keenly captured the relationship between space and characters, and provided a new design scheme in combination with the local characteristics of Changsha.

While we are intoxicated with music, we can’t help feeling that “Changsha is indeed a dream city, and everyone has the courage to express themselves.” and the exquisite terrace of Changsha cow house just provides users with a stage to realize their dreams.

It is an ancient city really polished by years.

Changsha has been incorporated into the “global creative city network” by UNESCO, and it is also the first “media art capital” in Asia.

Pay attention to the emotion and experience of people and environment, and create a rich experiential environment.

The textured granite floor and mirror stainless steel ceiling form a self-contained structure From the open space, we can see the details of the car and space at a glance from different angles.

One went to Changsha and completed the third special record of urban pleasure and inspiration.

She introduced Yuelu Academy, one of the oldest academies in the world, into the design concept of cow house.

For example, the walls on the second floor are not the smooth surface and touch of modern buildings, but from the local natural granite in Changsha, which continues the way ancient buildings deal with stones.

Mocdesign is an architectural design firm of Changsha xiyuehui, which designs Weilai center.

And the design of each floor In fact, Wu Xiuwei also attaches importance to creating the atmosphere and sense of experience of the environment through details.

It has a broad vision like an art museum and is cleverly designed as an open multi-functional space, It can form different layouts according to different needs.

There is no perfect moment in a good space.

I Gently touching them with their hands, you can feel the slightly rough and concave convex texture of the burning surface; the color is relatively Matt, which is more humanistic in vision.

Its cultural history and daily life also provide architects with inspiration from the city.

The wooden bookshelves standing against the wall also place a lot of books, turning it into a small library anytime and anywhere.

It is often said that the most directly and deeply experienced inspiration exchange often comes from the human senses.

We stand here Overlooking the scenery, the city park in autumn on one side is full of flowers, while the busy bridge and city on the other side make people feel the prosperity of Changsha.

The meeting room on the second floor also has a white super long table, which runs through almost one-third of the space on this floor, It is also like a small stage where users can hold various activities.

Wu Xiuwei, the architect of Changsha Weilai center, had the same idea.

The cultural base of Changsha is far-reaching and meaningful, and the development of urban history is long, but this does not affect its publicity, youth and lively young face.

At the beginning of designing the cow house in Changsha, she wanted to integrate the characteristics of Changsha into the “blood” of the cow house.

Wu Xiuwei also said, “this terrace can also invite friends to drink tea and chat, or sit here and enjoy the pleasant time of afternoon tea”.

The third floor is the most special place in Changsha Weilai center.

It is constantly developed with use.

When you enter Changsha Weilai center, you can visually directly feel the quiet and transparent here.

“Changsha is a stage that never seems to lack starlight.” Zhou Xiao, a Weilai user who lives here and used to be a variety director, introduced to us, “Changsha people love life, freedom, food and excitement, and are willing to share ideas and creativity and express themselves.” this is the characteristic of this city.

She is mainly in beige and creates the sense of space of Weilai center by leaving a large area of white space.

“The ideal Weilai center grows together with users.

According to archaeological speculation, Changsha has traces of primitive human activities as far back as the Paleolithic age.

Weilai users in Changsha It seems that you can find the unique characteristics and flavor of Changsha locals here.

It is also the world’s first Weilai center with a terrace.

It is an award-winning designer firm from Shenzhen.

A city has its own DNA.

The cow house in Changsha, located in Changsha Creek mosaic, is a three-story white single family building with a prosperous city in front and a city park behind.

In the exhibition hall on the first floor, the simple and clear line design echoes with the whole series of vehicles full of sense of science and technology.

When night fell, when the classical melody sounded on the terrace, Every audience listens attentively.

They are especially good at designing works with meticulous observation and diversified perspectives, and endow the project with unique tonality by deeply excavating the characteristics of brand owners.

This “half quiet, half prosperous” Weilai center provides visitors with a pleasant space to explore culture, art and life.

It has also been selected as the cultural capital of East Asia.

As long as you have ideas, you can try it.

The space of a terrace can be extended to a variety of possibilities.

Through such a delicate treatment, the historical charm of Changsha is integrated into the space of the cow house.

With the movement of the sun, we can see the warm light and shadow shining into the cow house through the French window, which immediately makes the whole building full of warm and comfortable atmosphere.

“Sand” can be divided into natural sand and machine-made sand. 2. It is characterized by good particle shape of the finished products, and different equipment can be selected to generate 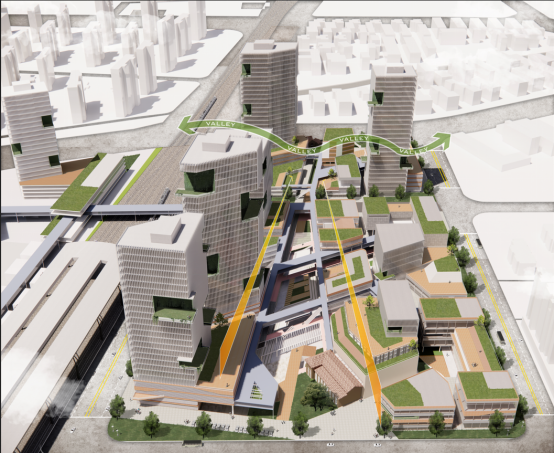 X101-01 and x102-02 plots of the base are crossed by metro line 15, which are commercial land, and there are two protective buildings on the base: Science School of Jinan