Combined with the concept of vine City, the existing villages and towns are taken as the starting point to develop urban clusters

Flexible and diverse comprehensive transportation hub layout convenient and efficient comprehensive hub for the design conditions of platform elevation at 16.4m above the ground, in line with the design principle of intensive construction and convenient for passengers, adopt the double-layer vertical waiting form of the combination of station bridge offline waiting hall and elevated waiting hall to face different groups of passengers; combined with the exit mezzanine and North-South parking lot, it is set in the center of the station building Connecting corridor is set up to realize north-south connection; horizontal and vertical three-dimensional two-way transfer corridor is set up in combination with cross three-dimensional interwoven subway and light rail lines 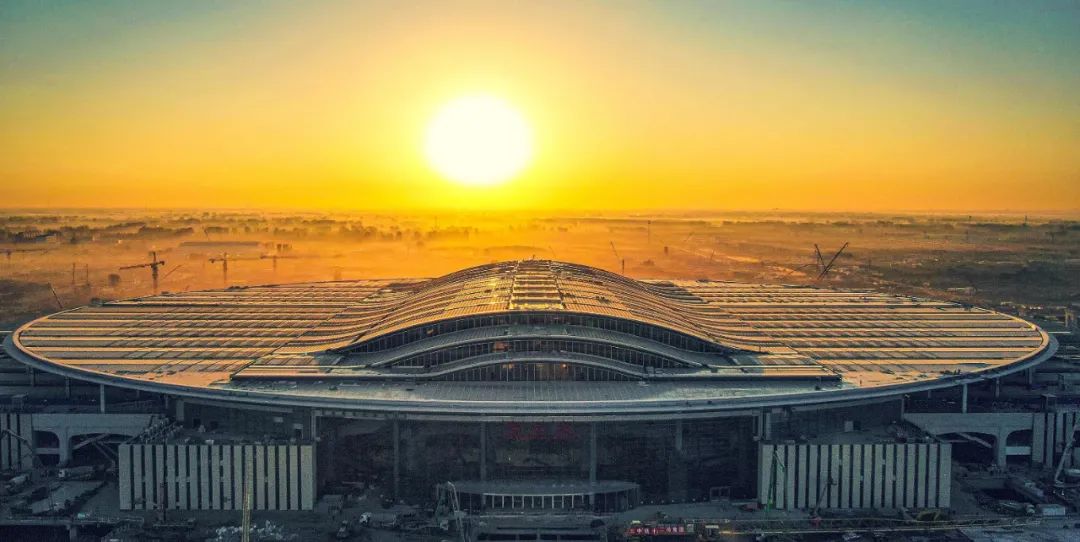 Since the outbreak was basically stable at the beginning of the year, the Chinese Academy of Sciences has sent a team of resident designers of architecture, mechanical and electrical engineering, curtain wall, interior, etc

The H-section steel column is used to organize the drainage pipe system carefully, and the “palace lamp column head” obtained in the form of mortise and tenon shows the ingenious combination of traditional and modern techniques; The two-way sliding bearing obtained the national patent solves the technical difficulty of the gap between the steel structure of the long-span roof and the concrete structure of the lower part; the large-span arc curtain wall with a height of 25m and a width of 120m in the West facade adopts the single vertical cable structure, and the point connector has no redundant structure, which is transparent, bright, simple and generous; the station name signboard of the East and West facade adopts the acrylic traceless construction technology innovatively, The logo and curtain wall are organically integrated; the huge screen of the main entrance hall, which is 10.2m high and 77m wide, organically combines information display, cultural communication, interior decoration and art installation, becoming a unique landscape facing the city

The function space in the station is connected and integrated with the cities on the East and west sides through the urban corridor on the ground and the underground space of the urban rail transit, breaking the separation of the station from the urban function and forming an open, free and continuous urban public space

The official account of “people’s Daily” video coverage of the “news broadcast” program, the Xiong an station, is the first national major project in Xiong an new area to start construction, with a total construction area of 47.5

The “high-grade gray” concrete flowering column and the flashing silver steel structure are formed at one time without unnecessary decoration, showing the natural and powerful structural beauty

In the future, xiong’an station will become a model for the integration of new generation of high-speed railway hub stations and cities in China, and also indicates a new starting point for China’s urban construction in the new era

It is not only an important infrastructure and node to realize the non capital function of Beijing and the integration of Beijing, Tianjin and Hebei, but also a gateway to provide urban service function and drive the development of urban agglomeration

In the process of project design and construction cooperation, Cui Kai, academician of Chinese Academy of engineering, as the chief designer, makes decisions on key issues such as overall design concept, architectural modeling, interior space, main function layout, green materials and technology application, which plays a decisive role in the value orientation and overall effect control of the project; China Railway Design Corporation, as the general leading unit of design, plays a decisive role in the project The overall control and coordination of the whole process play a key role in the smooth progress of the project; CAS takes full advantage of its technical advantages to be responsible for the overall modeling design of the station building, the integrated interior design of the platform floor, elevated waiting hall, east-west entrance hall, north-south transfer corridor and other key parts, and jointly determines the overall design principles, professional design principles and technology with China railway design It plays an important role in achieving high standard and high quality architectural design

Let’s enjoy a group of pictures from the scene by the Chinese Academy of architectural design and Research Co., Ltd

The ecological and innovative green building of the elevated waiting hall clearly reveals the characteristics of xiong’an station as a green and ecological station, whether it is the design concept of “dew on the green earth” at the beginning or the architectural image of “Qinglian Dilu” passed down by word of mouth later

The rapid determination of the station building implementation plan has greatly promoted and effectively stabilized the planning and design of the hub area, the hub core area, and the Mingang high-speed rail area, enabling the initial planning concept of the station construction leading the urban development to be realized

With the implementation of concentrated area and mixed commercial projects in the four corners of xiong’an station, the integrated development of Station City, industry city and green city in the hub area has been realized, and the integration of hub and urban transportation, station city space and internal and external functions of station buildings have been constructed

The soft filter sunlight panel on the oval roof ensures the transparency and brightness of the platform; the average annual power generation of the photovoltaic panel of 42000 M2 can reach 5.8 million KW · h, which can not only meet the lighting power demand, but also the pixel arrangement is like the ripple of water wave light, reflecting the water culture of xiong’an; the “Light Valley” between the Jingxiong and Jinxiong car yards introduces the natural light and landscape Indoor; organic planting green walls are set on both sides of the overpass passing through the optical valley, forming a “Green Valley” with great ecological demonstration significance, bearing the farming memory of xiong’an

It is the largest railway station in Asia

The major news media such as Xinhua news agency, people’s daily and CCTV were first reported on this important news

The lighting corridor introduces the skylight into the interior

Poke the blue words on it and pay attention to us! Key points: 4.15 the whole process management mechanism of construction waste reduction in construction site should be established and

Full set of disclosure ppt + word (104 +), 700 housing construction dictionaries and 108 special construction schemes, which are copyrighted by Donghui group It is the key to ensure 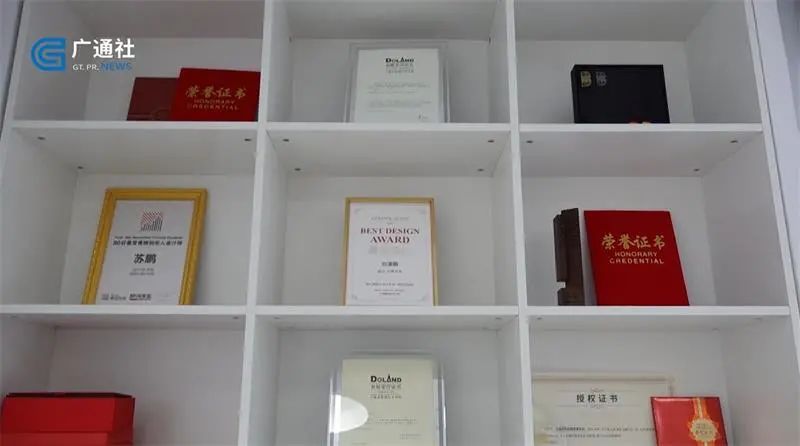 Gray space architecture office, help a better life! This program was broadcast on Shanghai Oriental financial channel on August 29. In this strategy, we need to integrate various specialties, including